Sex and neon glow - everything you might expect from Miley's birthday.

Miley turned 22 yesterday, and on Saturday night she celebrated the event in... her very unique style.

Miley was dressed head-to-toe in neon, while current make-out buddy Patrick Schwarzenegger opted for a more subtle plaid. They rocked up to the FactoryCLub in LA, which had been rebranded for the evening to "Miley's Happyland":

Yup, that's also a blow-up doll on a bed you can see. Apparently this was sort of a running theme.

Also this was a thing. 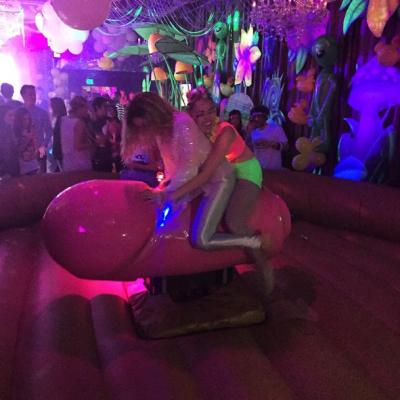 So... it seems as though "Miley's Happyland" roughly translates to "Blacklight Forest of Sex and Weed". Fair play, it's her party and she'll ride a giant mechanical willy if she wants to.

At least there was one thing that fits into everybody's Happyland - a gigantic pizza-shaped cake. 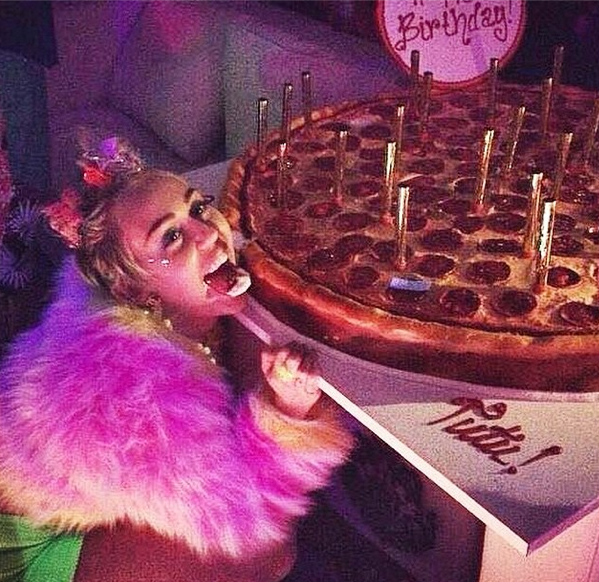 Here's Absolutely Everything That Happened At The American Music Awards