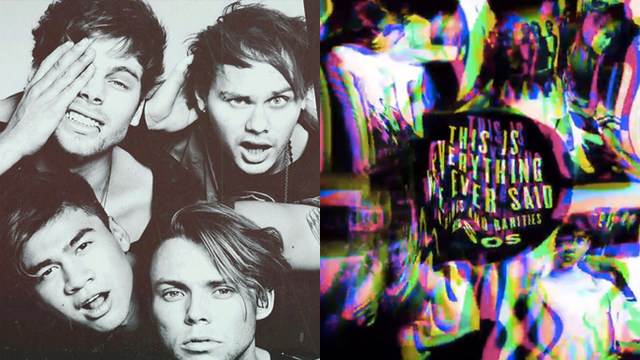 It feels like only yesterday the 5SOS fam's ears were #blessed and 5 Seconds Of Summer came into their existence. Yet here's we are, 5 years later. There's been multiple Michael hair colours, fire songs, world tours and many, many memes. Strap in guys, here come the feels!

Seeing #5YearsOf5SOS and trying to figure out how time passed so quickly
-Liz pic.twitter.com/wlZjnwqZoA

Even Santa is feeling emosh...

#5YearsOf5SOS I'm proud of how far they've come and how much people they reach with their music. Here's to many more pic.twitter.com/rrT38NAber

Don't cry because they grew up, cry because you grew up with them #5YearsOf5sos pic.twitter.com/uXBGbUVc61

Even Doge is in his feelings about it.

We’re not crying you are.

retweet if you'll be here for 6 years of 5sos? Who's loyal #5YearsOf5SOS

And as if that wasn't enough, to celebrate the band have casually dropped a WHOLE BUNCH of rare tracks and b-sides to thank fans, compiled together under the title 'This is everything we ever said'.

Some of the best songs we've ever written are in this playlist, today we have released them for you worldwide x https://t.co/p48RFPbEL7

Safe to say the 5SOS fam are straight up losing their shizz.

These are the songs that @5SOS had added today (December 3) #ThisIsEverythingWeEverSaid pic.twitter.com/0feIpJjiOb

Here's to another 5 years lads!