Would YOU Welcome Back 5SOS's Long Lost Fifth Member?

Have you ever looked at the lineup of Five Seconds of Summer and thought: "This band is probably the future of pop punk but they're missing something?"

No, neither have we. But they did get a new member, sort of, in James Corden. The Late Late Show host took his stanning to the next level and actually joined the band - in a sketch from his Monday show.

He's the lead singer, natch, which we'd totally buy just from his drama queen performance. He also likes to wear neckties as bandanas. Basically, James Corden is more punk rock than us all. Also, he can do a mean high kick.

He's not exactly a team player - he'd probably be the Zayn of the unit, let's be honest. But you know Corden's solo record would be fire.

In all seriousness though, we can't blame the comedian for living that 5SOS appreciation life.

We know that feel. 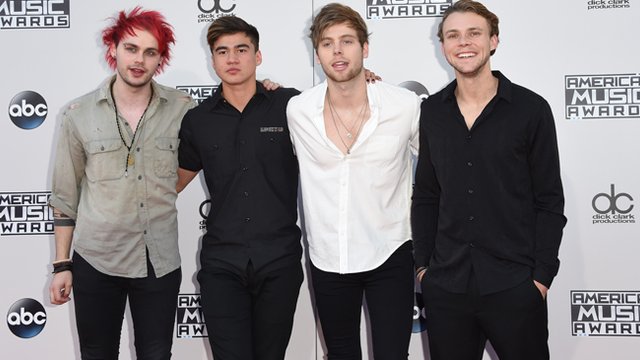 Why Is This 5 Seconds Of Summer Graffiti Driving Fans Wild?