Calum Hood spoke out about how the band are keen to be clean.

When you're in a boyband, it's only right that you're going to get into a little trouble along the way (we're looking at you, Louis Tomlinson). But 5SOS hottie Calum has recently spoken out about how the band are keen to be seen as squeaky clean.

"If you aren't doing anything wrong, they can't catch you out" Calum told News.com. The band came under a little fire after that cheeky scoundrel Luke Hemmings posted a naked snap on Twitter which was quickly deleted but spread like wildfire thanks to Twitter. It was pretty much the best day of our life. 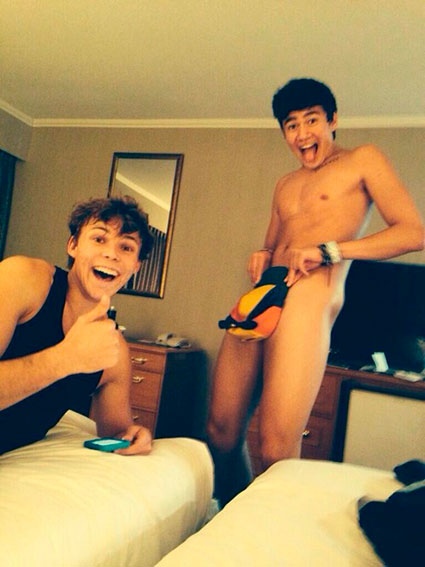 "Don't get me wrong, we still do (party), we're just obviously more careful about how we do it. Especially with past experiences, it's made me more wary of things" Calum added. But surely a bum snap hasn't scared the boys that much? We're now left wondering what it was that the boys got up to behind closed doors that made them so nervous about going a little wild? Either way, we appreciate the band's desire to be as happy and healthy as possible for their adoring fans... Even if a "careful" party sounds dull AF.

The boys aren't shy about getting their tops off on stage, though, so we reckon we're pretty safe when it comes to future nakedness but maybe you won't be seeing the guys falling out of a club drunk at 4am...

What 5SOS scandal would you love to see happen?

Are 5 Seconds Of Summer A Boy Band?: YOU DECIDE