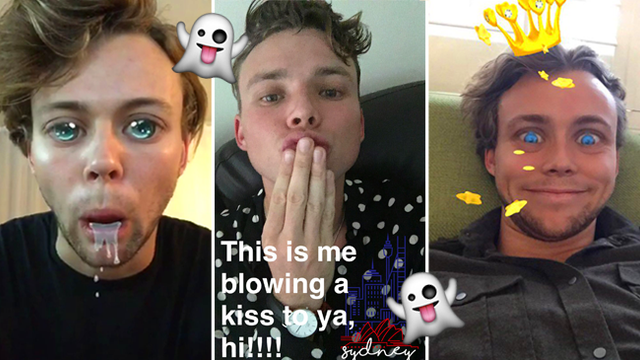 No matter what happens in 2017, we'll always have Ashton's Snapchat.

It's official. 5SOS' Ashton Irwin has FINALLY opened his private snapchat and revealed his username for us all to obsess over! It's almost as if he sensed how terrible this year had been for the rest of us and felt the need to treat us to the best Christmas present EVER!

Following in the footsteps of his bandmate Luke, who opened up his snapchat earlier this year, Ashton took to Twitter to tease the grand opening of his hotly anticipated snaps.

I think I am going to give in and make a public snapchat so I can capture me and people around me living out the human experience, sound ok?

And then he DID it - username paying homage to his first hotmail address. A classic.

Hey it's me on snapchat, I stuck with my 11 year old hotmail name, cause you know.. it's awesome. astroashton1994 pic.twitter.com/uOB8SSsKEr

It's been 5 hours and Ashton hasn't updated his Snap yet, leaving us all constantly refreshing our friends list and sweating. (Maybe he's actually forgotten to take it off private? Sort it out, Ash m8.)

But we *can* probably expect more of THIS - which was previously seen on the 'WeAre5SOS' account.

that's what you missed on this episode of Keeping Up With That Australian Band.. new episode tomorrow 8/7c pic.twitter.com/vGN6MEs8Uq

And more of this. Presh.

And definitely more of this. Emosh.