Wait...Are 5SOS About To Play Their Weirdest Gig Ever? 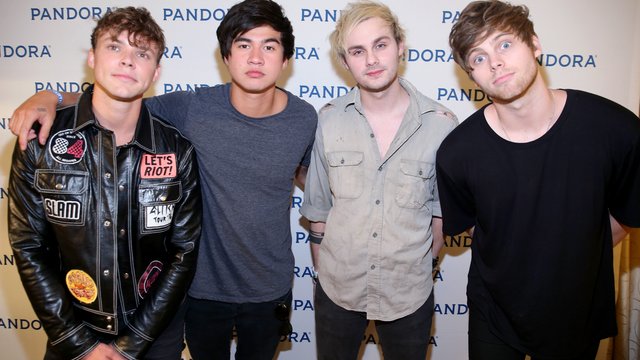 Could we soon see the boys playing at one of the heaviest events in the music calendar?

5 Seconds Of Summer could be set to play their weirdest gig ever after Slipknot's Corey Taylor revealed plans to book them for the heavy AF Knotfest.

The annual festival, headlined by metal legends Slipknot, tends to have a lineup packed with heavier acts but Corey revealed in a recent interview that he had seriously considered inviting the 5SOS boys to perform after learning Ashton was a fan:

"Great kid. Really great kid. Really cool and my niece kind of freaked out because I met him. It was kind of adorable. He's a big Slipknot fan, I guess the whole band is. So we were gonna get them for Knotfest one year. We were thinking about it. Fuck yeah...It's still out there".

Damn, we did not see that coming.

Don't get us wrong - we are always up for a good 5SOS gig (those boys are a good laugh). It's just that their shows normally look a bit like this:

While Knotfest has more of this kind of vibe:

You see what we mean?

Well, with a new album on the way and tour dates lined up for later this year, we'll just have to keep an eye out to see if 5SOS finally take Corey up on his offer. And if they do, we'll be straight in the moshpit.