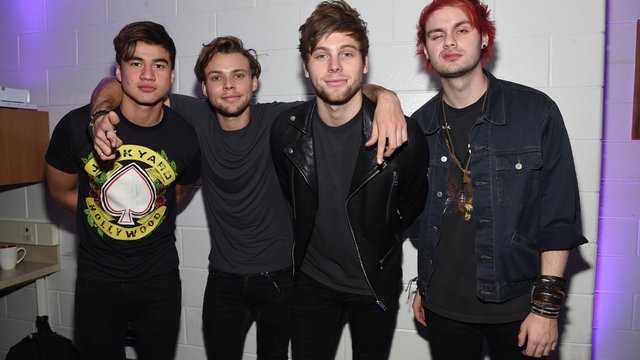 The boys have done it again and now it's time to party!

5 Seconds Of Summer have taken home the award for Worst Band for the third year in a row at the NME awards in London and the fans are celebrating HARD!!!

As is tradition, the members of 5SOS encouraged their fandom to go out and vote for them to be crowned Worst Band once again, wearing the label as a badge of honour.

They beat fellow nominees Twenty One Pilots, The Chainsmokers, Nickelback, Honey G and Clean Bandit to take the title.

And now that it's official, 5SOS fans worldwide have started partying it up on social media.

For the 3rd year in a row, 5sos have one an NME for Worst Band
-Shaina pic.twitter.com/fIw1GgSlRF

okay so 5SOS have won worst band again for the 3rd year running, i'm so proud of these dudes!

5sos won an NME for worst band for the 3rd year in a row congrats guys!! I'm so proud @5SOS pic.twitter.com/gsO4dVjHkd

The 1975 took home Best Live Act at the ceremony and Matty referenced their previous win for Worst Band during his acceptance speech before giving away the statue to a random fan waiting outside. As you do.

Check out the full list of winners from the VO5 NME Awards 2017 below:

Villain Of The Year: Nigel Farage

Hero Of The Year: Beyoncé