All Time Low's 7th Album: 7 Collaborations We NEED To Hear 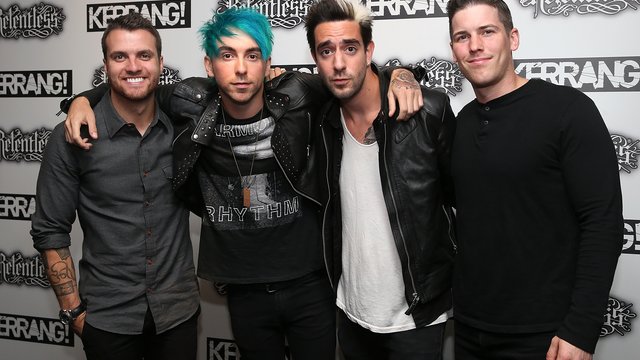 BREAKING NEWS. All Time Low, pop punk granddads and heroes of our youth are going back into the studio to record some new music! It's been 8 months since their last release, Future Hearts.

The news was announced by pop punk king and eyebrow emperor Alex Gaskarth himself.

Good things on the way! Bout to get lost in the desert for a bit and work on some tunes. Then we're off to Japan from there the UK! Woooo

We've been waiting. WE ARE VERY EXCITED.

So much so that we've come up with some ideas for possible collaborations to go on the new record. Highly reputable artists like...

Ok, don't kill us for this. Last year, pre-Future Hearts, there were rumours floating around that All Time Low had gotten 5SOS to write a couple songs with/for them. Those turned out to be untrue, but are we the only ones, who'd kinda wanna know what that would sound like?

ATL have done some stuff with Australian newcomers Forever Ends Here, most notably on some live covers. The Aussie foursome have a slightly softer sound though, which might lend some depth to ATL's promised new sound.

Brendon's doing Sinatra now? Ok, cool, we've come to terms with that. We're even looking forward to him infecting all our pop punk faves with his new sound. Some of All Time Low's new stuff, for example? Just brainstorming here.

Both bands are signed to Hopeless Records and Neck Deep are our fave band on the rise right now.  So we say, why not? Get some fresh influence on the record and help boost some young talent? It's a win-win.

Solely because of this mashup tbh.

She's changing her sound, they're changing their sound - it's a natural fit! Plus, can you imagine the live shows? We'd die. Maybe literally.