All Time Low Reveal How They're Celebrating 10 Years Of "So Wrong, It's Right” 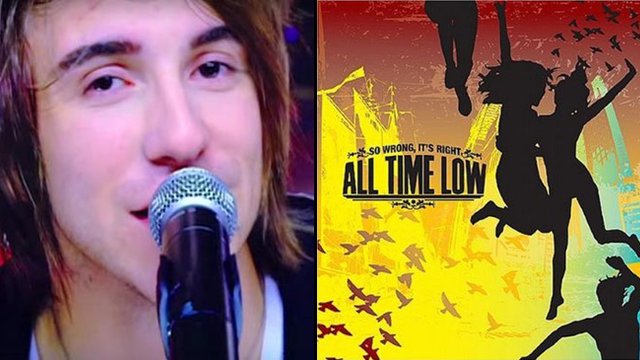 Alex and Jack talk to us about the landmark album that spawned 'Dear Maria, Count Me In' as it turns a decade old.

All Time Low's Alex Gaskarth and Jack Barakat have revealed their plans to celebrate this year's 10th anniversary of their breakthrough album So Wrong, It's Right.

The boys stopped by PopBuzz HQ recently as they launch their new album Last Young Renegade, released via Fueled By Ramen on June 2nd, when we quizzed them on any potential celebration they may have lined up for their upcoming tour dates. So Wrong, It's Right, the band's second album, was released in September 2007, spawning 3 singles including the classic 'Dear Maria, Count Me In'. The track was certified platinum in 2015 with over 1m sales despite never receiving any major commercial radio support.

All Time Low are about to kick off a huge UK tour with support from Waterparks and Swmrs, beginning March 10th at London's Eventim Apollo in Hammersmith. Make sure you check back on the site next week to see Alex take on one of our ATL quizzes and for your chance to win an exclusive signed copy of Straight To DVD II: Past, Present & Future Hearts.

Check out what Alex and Jack had to say about the album 10 years on:

Watch our full interview with Alex and Jack below: