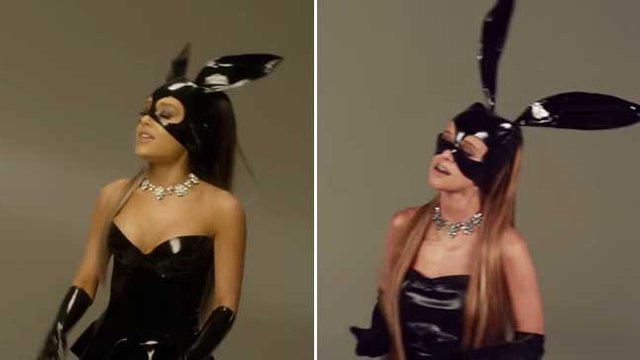 As we recently discovered via her hosting gig on SNL, pop songstress Ariana Grande has quite the knack for celebrity impressions.

Not only is the voice incredibly accurate, she also nails Ariana's "dangerous" new attitude.

And she has mastered that infamous air guitar solo.

Watch the full, hilarious clip below: