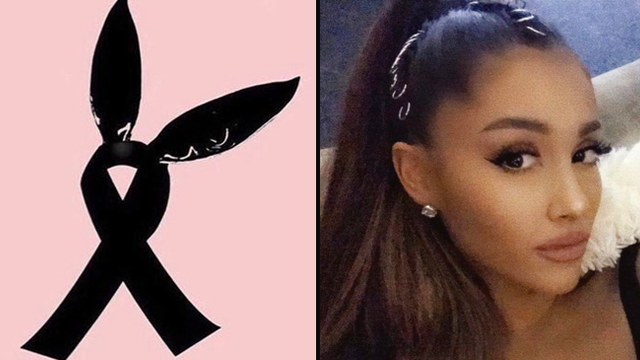 Making personal profit over a charity concert is absolutely disgusting.

Sunday June 4th will see Ariana Grande host a benefit concert in Manchester for the victims and families of those affected by the tragic terror attack that took place at her concert at Manchester Arena on May 22.

Tickets for the benefit concert went on sale today (June 1) and were priced at £40 with a special reserved batch of free tickets for those who attended Ariana's concert at Manchester Arena on May 22. The show itself is expected to raise at least £2m to help the families affected by the attack.

The tickets sold out within six minutes but some have already found their way onto ticket re-selling sites including eBay, where they are apparently being listed for more than ten times the face value.

This is actually disgusting #OneLoveManchester pic.twitter.com/iSsxSl4t6F

Re-selling tickets for concerts at extortionate prices is already problematic but to re-sell tickets to a very important benefit concert to make your own personal profit is disgusting and people are absolutely FUMING.

To the people re-selling tickets for #OneLoveManchester for their own hundreds of pounds of profit, you are absolutely disgusting.

Take a long hard look at yourself if you're reselling #OneLoveManchester Ariana Grande tickets for profit.

ppl who are reselling #onelovemanchester tickets for profit make me sick. this concert is for charity & to raise money, show some respect.

Disgusting that people are using the benefit concert on Sunday as a way to make a bit of money by reselling tickets worth £40 for £200.

If tomorrow you buy tickets for the #OneLoveManchester concert simply to sell on at a higher price to make money, you are scum of the earth

eBay have already said that they don't allow any types of these charity tickets to be re-sold on their site and are doing a manual sweep of any listings that may pop up, removing them all immediately.

Ticketmaster have also just announced that they are cancelling any tickets that are being resold online for profit.

#OneLoveManchester We're working hard to get tickets direct to fans. We are cancelling tickets of those who are reselling wherever possible

Here's hoping every penny from the sales of these tickets ends up in the right hands. One Love Manchester will be broadcast in its entirety, live from Manchester on June 4th.

Ariana Grande tattoos: All 40+ of Ariana's tattoos and their meanings