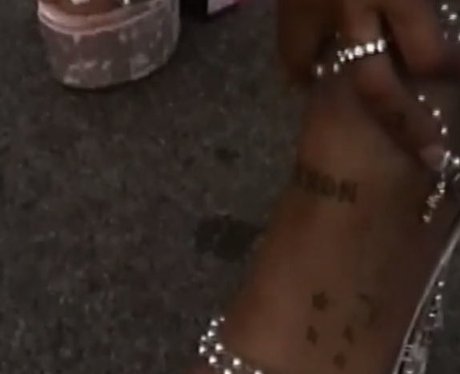 During her engagement to Pete Davidson, Ariana tattooed the numbers 8418 on the top of her left foot. The number was a tribute to Pete’s later father who died saving lives in 9/11 - the number was his ladder number. Once they had broken up, Ariana revealed that she had tattooed the name of Mac’s beloved dog Myron over the top. (Ariana Grande via YouTube)