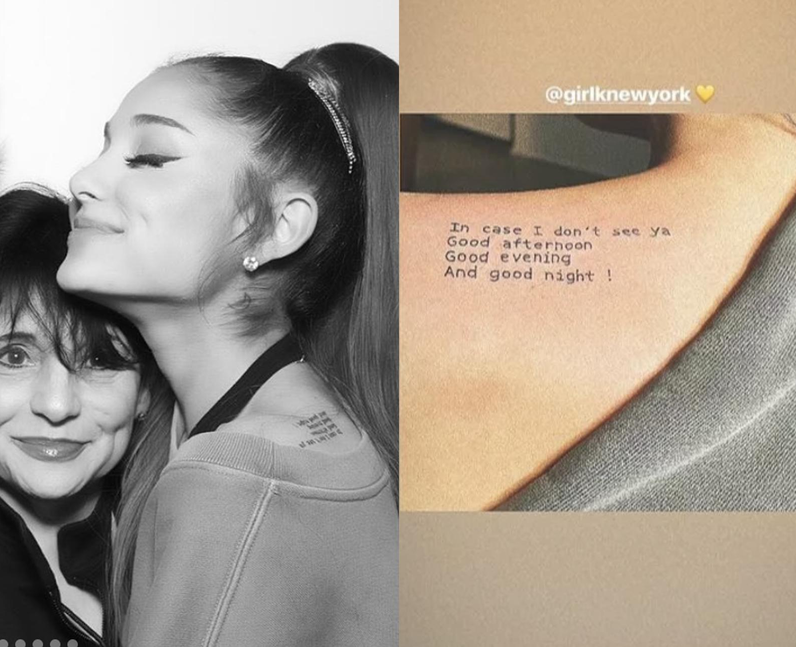 4. Ariana has a quote from Jim Carrey's The Truman Show on her shoulder

Ariana and best friend Courtney both now have matching tattoos on their shoulders in the form of a quote from The Truman Show. On Chipolone's left shoulder it now reads: "In case I don't see ya good afternoon good evening and good night!" On Instagram, Ariana says she has the same thing but upside down. Obviously. In case you didn't know, Ariana is a huge fan of Jim Carrey, who stars in the film. (Ariana Grande via Instagram)