Ariana has a female 'Venus' symbol tattoo on her left hand 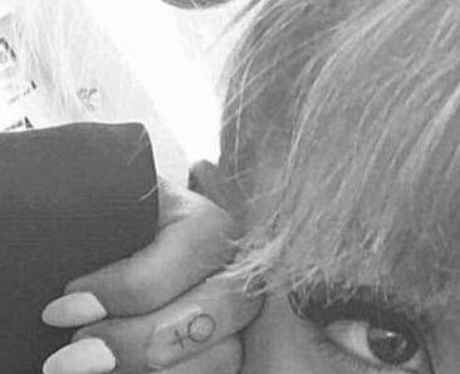 34. Ariana has a female 'Venus' symbol tattoo on her left hand

Ariana revealed her new female symbol tattoo, drawn by Dr Woo, on the same day as the 'A' initial on her thumb. Ariana was with Mac Miller when she got the tattoo. One month later, he released his album "The Divine Feminine." (@arianagrande via Instagram)