GRAMMYS 2017: Beyoncé Lost Album Of The Year And The Internet Is Furious 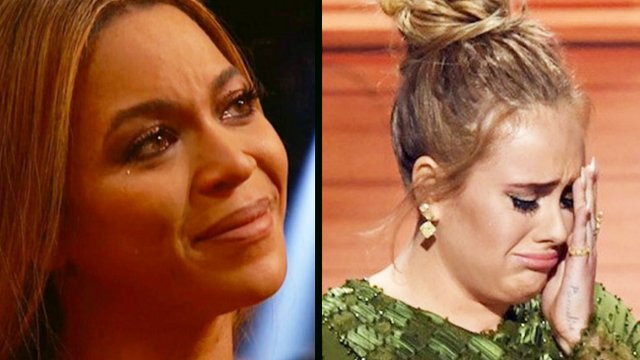 Despite releasing what was undoubtedly the album of her career, Beyoncé has yet again lost the Grammy award for Album of the Year for the third time, this time to Adele.

In a moving speech, Adele said she could not accept the award and dedicated it to Beyoncé. "I can't possibly accept this award", she said. "My artist of my life is Beyoncé". Both singers were in tears. Watch the speech below.

Adele's acceptance speech for winning Album Of The Year at the #GRAMMYs. pic.twitter.com/jReJy57gyA

The internet has, quite predictably and understandably, got very angry about the decision. Leading the charge is Beyonce's sister, Solange, who tweeted a link to Frank Ocean's letter to the Grammy's about the institutional racism against artists of colour in the big categories like album of the year.

It turns out that Adele might have even voted for Beyoncé to win the album of the year prize.

"A piece of me died inside. I'm a Beyoncé stan, I wanted her to win. I voted for LEMONADE." —Adele in the GRAMMYs Press Room. pic.twitter.com/x2UAMal2Ki

Solange is far from the only one with this opinion.

Fuck the #GRAMMYs for being too racist to acknowledge black excellence tbh. Adele is ridiculously talented. "Lemonade" changed the game.

Calls for Beyoncé to boycott future Grammys, like Frank Ocean and Kanye West, have already began.

Beyoncé should never perform at the GRAMMYs again. They keep using her for ratings then snubbing her fuck that.

What's not complicated is that @Beyonce should have won. Because #LEMONADE is that rare album that manifest an historical moment #GRAMMYs

Adele is being praised for speaking out against the decision.

I worship women who are smart, strong and stupid talented. I love the admiration and respect Adele showed for Beyonce's work. #Grammys

I appreciate Adele, her work & her acknowledgement of how truly once-in-a-lifetime Beyonce's LEMONADE is, especially to black women.

History is repeating itself.

Beyonce has been nominated for Album of the Year three times; she's lost to Taylor Swift, Beck, and Adele.

You know it's bad when the winner of an award knows that someone else really deserved it. @beyonce, you gave us the album of the year.

I love @beyonce I wish that the Grammy voters took a chance on such a personal statement as Lemonade .. but much love to @Adele as always

This isn't the last we've heard of this.