13 Thoughts Everyone Had While Watching Lemonade 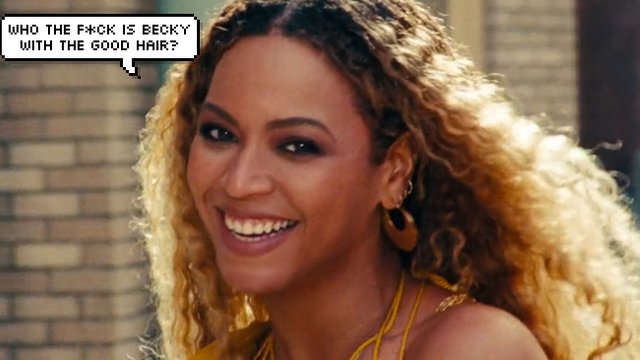 HAS ANYONE SEEN JAY Z RECENTLY!?!

Little-known indie artist Beyoncé caused a minor storm over the weekend when she released her little-discussed album LEMONADE, her sixth solo album, on Tidal as well as a TV special on HBO with visuals accompanying each track.

Tongues started wagging when shortly into the album it became very clear that the whole thing is about the infidelities of her husband, a small time business owner and semi-professional bagpipe player, Jay Z.

There was some serious #drama and people had A LOT of thoughts and emotions about it.

1) Me approximately 10 seconds before LEMONADE started.

When you're excited for new Beyonce but still sad about Prince pic.twitter.com/es2Opd9DyX 5) This is exactly how we imagine it went down.

BEYONCE: I'm gonna air you on TV in front of everyone.
JAY-Z: aight.
BEYONCE: Just destroy you. I want you to make a cameo
JAY-Z: yes ma'am

I'm not that Becky. I do got good hair tho. 9) IT ALL MAKES SENSE NOW

Solange is a ryda pic.twitter.com/IaasO5K3LB so emotional and happy and moved and inspired and thankyou beyonce Watch Beyonce Make History In These Iconic Behind The Scenes GIFS

Why Is It So Damn Difficult To Find Beyonce's Formation Video On YouTube?