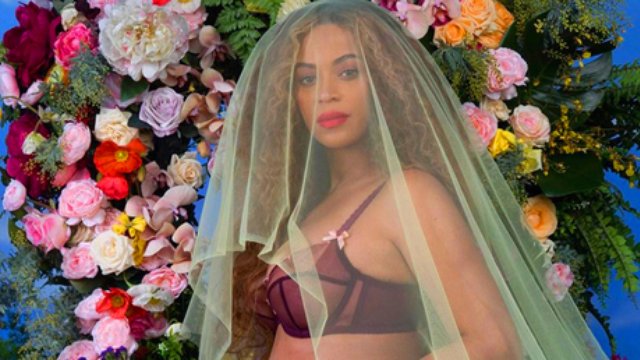 "They’re not even born yet and Beyoncé’s twins have already been tasked with saving the country."

Around 20 minutes ago, my phone flashed. A notification from Instagram. Beyoncé has uploaded a new photo. I thought, "Oh, cool... maybe some new Ivy Park merch. Could be some Grammy's rehearsals? Maybe it's a cute picture of Blue - I could really do with a new cute picture of Blue in my timeline right now."

NO... IT WAS BETTER THAN THAT. Beyoncé Giselle Knowles Carter is pregnant... WITH TWINS.

We would like to share our love and happiness. We have been blessed two times over. We are incredibly grateful that our family will be growing by two, and we thank you for your well wishes. - The Carters

We would like to share our love and happiness. We have been blessed two times over. We are incredibly grateful that our family will be growing by two, and we thank you for your well wishes. - The Carters

Beyoncé, mother of the future President and Vice President of the United States of America

TWO OF THEM!!! MARY KATE AND ASHLEY ARE SHOOK!

Naturally, the internet went into meltdown. Some are saying it's a Black History Month miracle, others are claiming that she has literally just saved the world.

Me: I dunno why y'all care so much about these celebrities' lives. They're just people.

"Beyoncé is having twins!!!"

I feel like I'm more excited for Beyoncé to be pregnant than I will be for my own child.

SO HAPPY BEYONCÉ HAS INVENTED TWINS

Damn they’re not even born yet and Beyoncé’s new twins have already been tasked with saving the country.

BEYONCÉ IS GONNA ACCEPT HER ALBUM OF THE YEAR AWARD WITH HER TWINS IN HER STOMACH AND BLUE IVY AND JAY Z WATCHING pic.twitter.com/dwNCcmee9g

Me: Well we almost had a nuclear holocaust but then Beyoncé had twins and saved us all

Me when I see Beyoncé on that Coachella stage doing choreography with twins in her womb pic.twitter.com/j8j3VvqYhp

Beyoncé: I can't just HAVE another baby. I already did that. I'm beyond that.

Beyoncé sensed that we were all in need of good news, and so Beyoncé got pregnant with twins. Beyoncé is a woman of and for the people.

All we want is two happy healthy babies but you know, if the by chance the universe blesses us with two girls - we ain't gonna be mad.