Did we need this to happen?

Ed Sheeran a good person to wheel out if you're having a charity event because people quite like Ed Sheeran, some are even drawn to him-- like moths to a ginger flame.

That was just the case this weekend when Ed joined Queen Bey on stage at The Global Citizens festival: fans lost their collective minds. The festival aims to bring awareness to issues like extreme poverty and climate change, while simultaneously bringing awareness to a collaboration of "Drunk In Love" featuring Ed Sheeran. 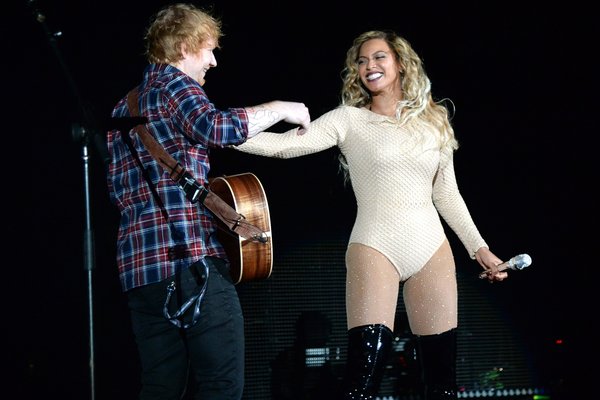 Now, I'll tell you what. When fans found out they were going to be seeing their queen live, they probably never imagined she would be accompanied by a British millionaire in a plaid button down. But here we are, folks.

Everything about the performance is pretty unexpected--but in a good way.

Hear the cover below and tell us what you thought of "Drunk In Love" featuring Ed Sheeran.

QUIZ: Can You Guess The Ed Sheeran Videos From Just One Picture?