The Internet Is Roasting Karlie Kloss Over This Cringeworthy Beyoncé Mistake 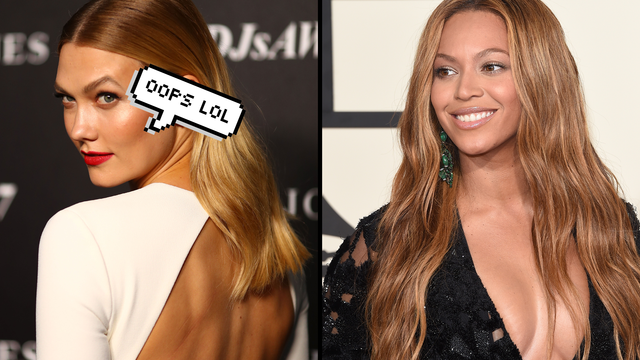 Karlie Kloss is known for many things. She's great in front of the camera, advocates for girls learning to code, and always seems to avoid the drama that plagues many of her peers. However, I think it's safe to assume that she is not a Destiny's Child stan.

Karlie Kloss has been officially roasted on Twitter for this totally cringe answer in Love magazine.

Not to dwell too much on the details, but "Waterfalls" is actually a song by TLC. Which is a different group.

The internet is kind of astonished at the mix-up as "Waterfalls" is literally TLC's most famous song.

i cannot believe karlie kloss, the smartest model in the world, would mistake waterfalls as a deatinys child song ffffff im baWLING

If she's such a mega fan...didn't she ever wonder why Beyoncé has NEVER performed her hit song "Waterfalls" live?

Well, at least Karlie has a sense of humor about it. She tweeted this in response.

Slip of the pen. We get it.

Let that be a lesson, guys. Please stick to the rivers and the lakes that you're used to.