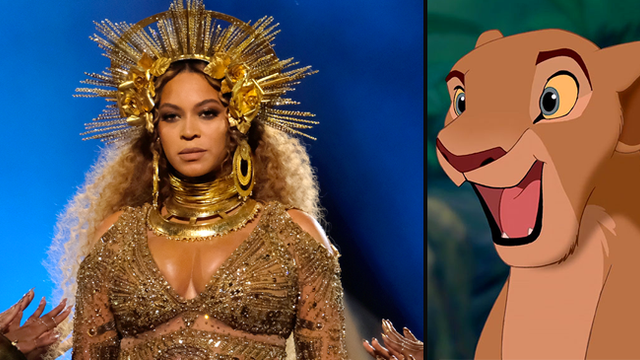 Hold onto your bottles of Cuervo and get the f*ck in formation because there's some casting news about 2018's Lion King live-action remake that might just make you lose your damn mind.

According to Variety, there's ONE person that producers have in mind to voice the iconic Nala in the live-action remake of the classic Disney film. And she goes by the name of Beyoncé.

As it stands, there's been no official decision about the role on Beyoncé's part but it's understood that the studio and director will do absolutely ANYTHING to accommodate her because - don't know if you've noticed - she is currently with child(ren). And just incase you were panicking about the physical demands of pretending to be a lion for six months, it's just a voice role. The whole thing will be shot in the same way as the recent live-action Jungle Book remake.

The film is set to be directed by Jon Favreau, the man behind Iron Man, The Jungle Book and the greatest film of all time, Elf. A few casting announcements have already been made with Donald Glover as Simba and James Earl Jones returning as Mufasa. Production is reported to start in May.

If she DOES accept the role, you should probably prepare yourselves for a scalping when she turns up the vocals for her own version of 'Can You Feel The Love Tonight'. We're already wetting ourselves in excitement.

Ladies and gentlemen, please be upstanding for the ~potential~ Queen of Pride Rock.