Mark Hoppus and Matt Skiba talk us through the new album as they hang out in London.

Everyone's favourite pop punk pioneers Blink 182 are back with a new lineup, a new album and a new single that is so catchy you will be humming it in your sleep. Mark Hoppus and new boy Matt Skiba raced through the UK recently for a series of acoustic shows and we caught up with them to chat about music, Mark's Twitter trolling and who has the scariest eyebrows in punk?

Pop-Buzz: So, you're back in the UK, the new songs have just come out - "Rabbit Hole" in particular sounds like classic "Enema Of The State"-era Blink. Was it a conscious choice to go back to that style or did it just work out that way when you got in the studio?

Mark Hoppus: It was a conscious choice to not be afraid to go back to that. To not be afraid to be ourselves and to really embrace what Blink does and has always been and I think that song is a quintessential Blink song. It was less of us thinking "we need to write a song like that" and more of us saying "we wrote this song and it's a cool song, don't worry about trying to second-guess it". It's a rad song.

PB: And what's the fave of the new songs to play live?

MH: As short as it is, and being a joke song, I really love playing "Brohemian Rhapsody". It's just a fun, fast punk rock song.

PB: Matt, what's your favourite of the classic Blink numbers that you've been getting to grips with?

PB: When you were coming into the lineup were there any hazing rituals from Mark and Travis?

MS: No, they're very classy, gentlemanly guys so nothing too crazy.

MH: We went out to vegan food - that was the hazing.

MS: Yeah they bought me lunch. That's how "hazerific" it gets.

PB: That's nice though. Mark, you are kind of referred to as the pop punk Dad on Twitter, how do you feel about people constantly calling you Dad?

MS: I was wondering what that was...

MH: Well, people started calling me Dad on Twitter a couple of years ago and I just kind of embraced it and then changed my Twitter handle to different Dad puns. And I just make really awful Dad jokes as well so it's kind of self-earned and I'm cool with it.

PB: You were toying with everyone's emotions when you were changing your name to Josh Dun, then Gerard Way - any great reactions from that or just confusion?

MH: Just confusion. I don't know. Josh and Gerard are both friends of mine so I like to tease them.

PB: When was the last time you guys were "Bored To Death"?

MH: Yeah, I don't often feel bored. And when I do feel bored it's kind of a blessing because a lot of life is so busy it's good to take a second to zone out.

MS: Yeah, me and Mark read these things called books...

PB: Haha, the big three. You guys are going on tour this summer with A Day To Remember and All Time Low. So, Jeremy Mckinnon or Alex Gaskarth - who has the scariest eyebrows?

MH: Scariest? I'm gonna say Jeremy because he plays in A Day To Remember and they're a much more aggressive band than All Time Low so I'm gonna say his eyebrows are inherently scarier because he has a more dramatic voice. Whereas Alex's is more poppy and beautiful.

PB: It's more of a seductive eyebrow.

PB: So in your early days, were you ever in a band with a really terrible name?

MS: There was this contraption in the '80s called a Flowbee. It was like this hair cutting device. It was a vacuum and it would suck your hair into it.

PB: What was the first rock show you guys ever went to?

MS: First rock show I ever went to was Public Image Limited, your countrymen.

PB: Last but not least, can you sum up the new album in 3 emojis please?

PB: You can get your phone out if you want, have a little check.

MS: I think it's a smily face, one of those, uh, what are they? Eggplants that everyone uses...

PB: Everyone says eggplant man, everyone.

PB: There's got to be one right? 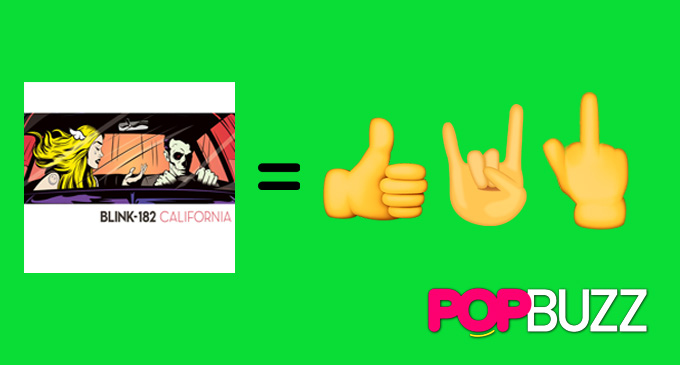 "California" is out on July 1st. 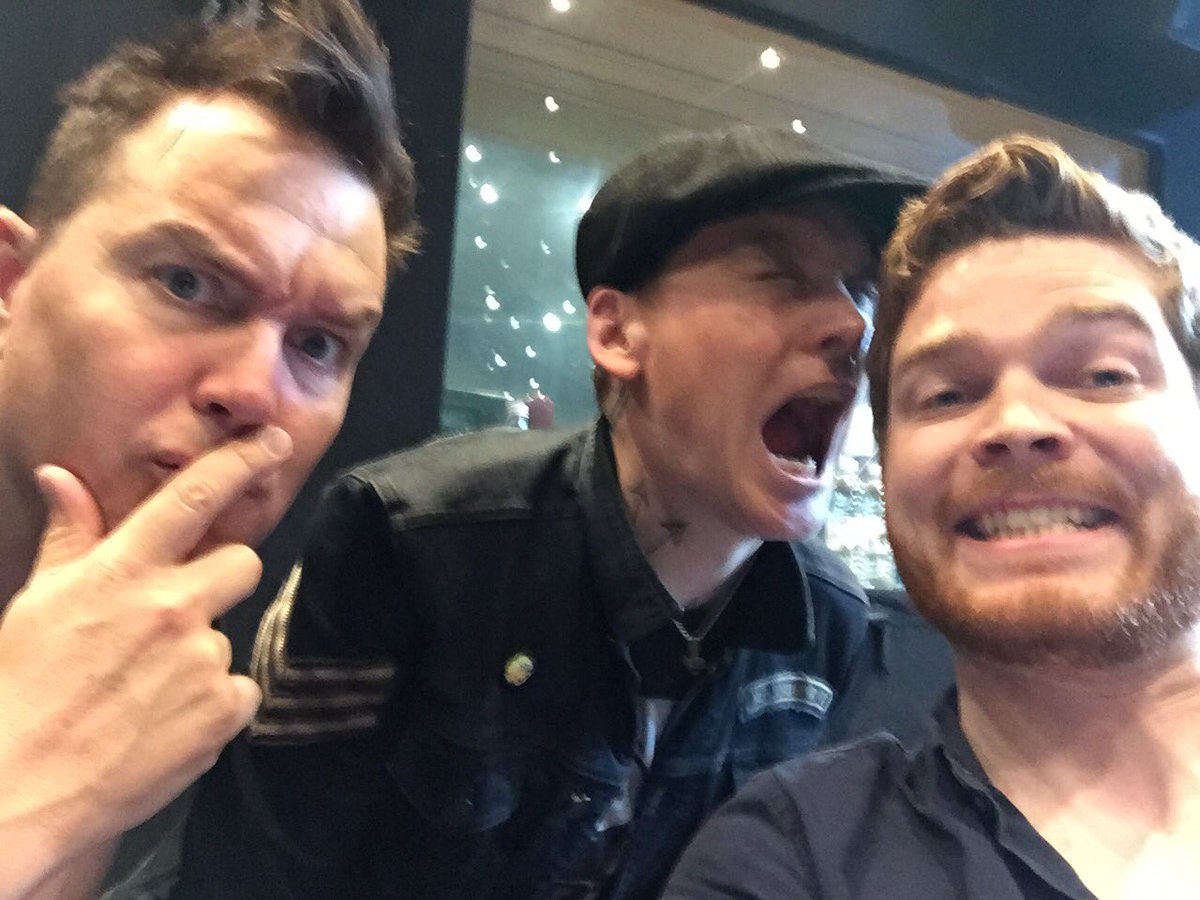