Could a Demi and Poot Lovato album *finally* be in the works?

Cast your minds back to 2015 and you might remember a lady called Poot Lavato. Here she is looking fierce and fabulous. Poot's life began after a picture of Demi Lovato went viral and a Tumblr user renamed her 'Poot'. An elaborate back story then developed about how Poot was Demi's secret twin sister who had been locked in the basement all these years. She finally found freedom and become a superstar on the internet. In fact, she was even crowned PopBuzz's Rising Star of 2015.

At the time, Demi wasn't exactly thrilled about the discovery of Poot. 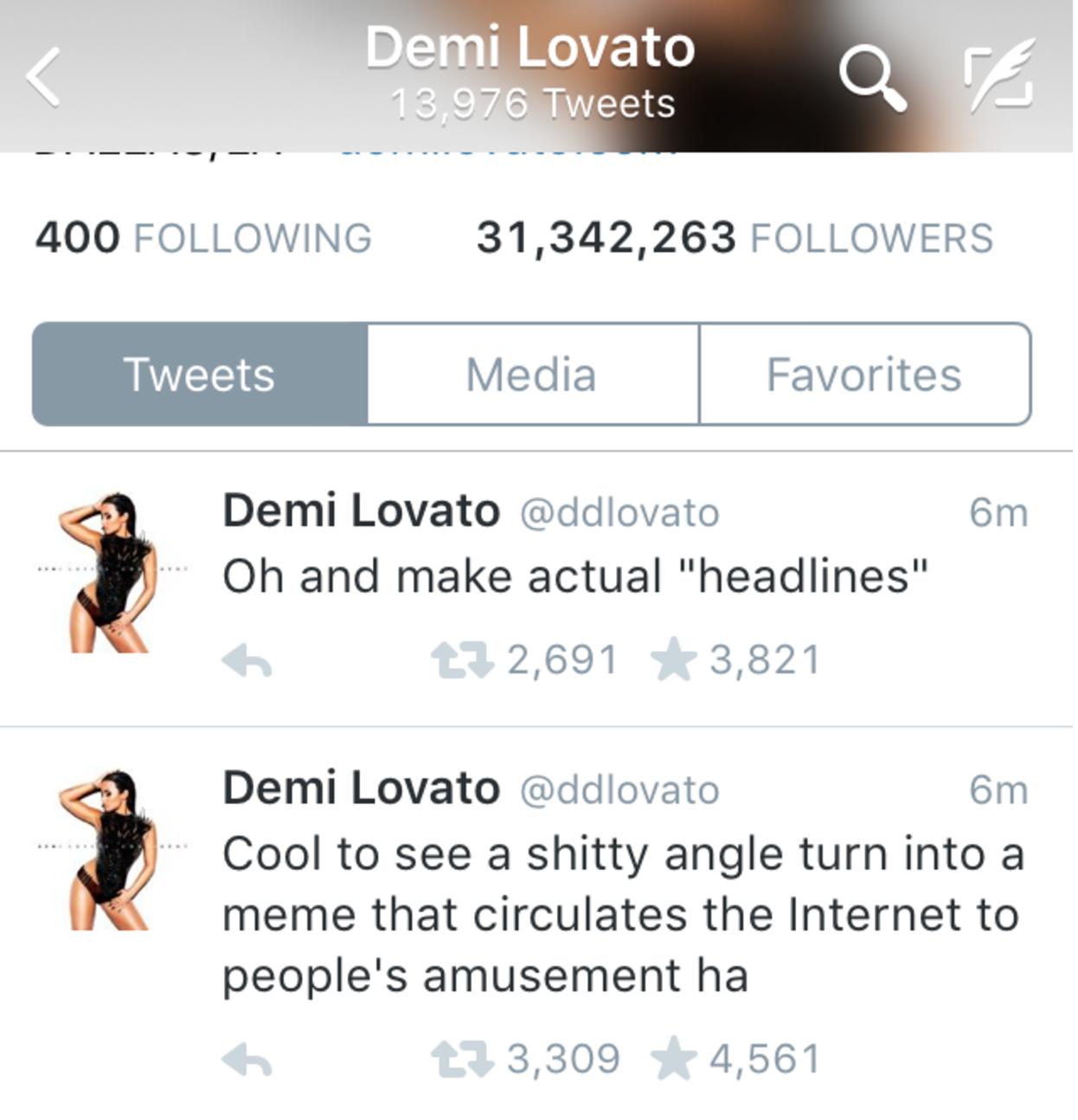 Demi deleted these tweets pretty soon after she posted them.

Now it would seem Demi is embracing her twin. With absolutely no context she tweeted the following GIF of Poot.

It's nice to see that Demi has finally accepted Poot into her life. I wonder why Demi decided now was the right time to bring Poot back into the spotlight? Could Poot and Demi be releasing a duets album? Perhaps Poot hacked Demi's account? Or maybe - just maybe - Demi finally saw the funny side of the joke.