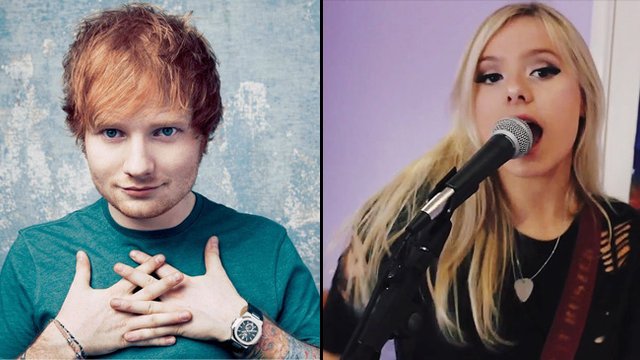 It may well have missed your attention due to a lack of promotion but, apparently, Ed Sheeran has an album out at the minute. It's sold a fair few copies too, so we've heard...

Anyway, the obvious highlight of Sheeran's Divide is undoubtedly the alcohol-fuelled, Irish mega-banger 'Galway Girl', still sitting near the top of the UK charts after several weeks, with its drunken shoutalong chorus set to still be stuck in our heads at Christmas, whether you like it or not.

But have you ever wondered what 'Galway Girl' would sound like if it was a pop punk song?

Of course you haven't.

But YouTuber Chloe Adams did, taking Ed's quaint jig and beefing it up with some catchy riffs worthy of Blink-182 and a Hayley Williams style vocal performance to boot. But does it actually work? Judge for yourself...

Check out a preview of Chloe's pop punk 'Galway Girl' in the clip below: