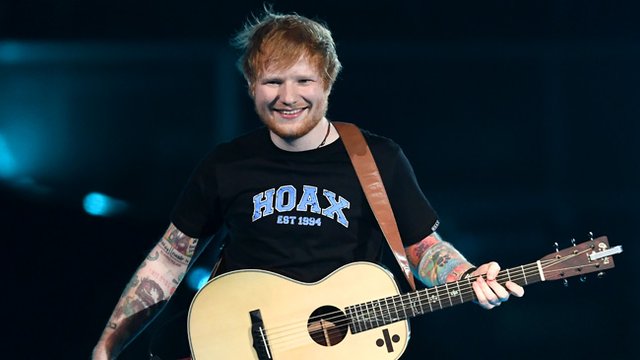 What would you have on your rider if you were a multi-million selling artist? If it were us, then we'd probably go all out; a royal banquet dinner, a hot tub, more rum than you'd find on a pirate boat and two Persian leopards to occasionally stroke to pass the time.

Unfortunately, it would seem the pop stars of 2017 are a little more dreary and a trend for austere riders has developed. Personally, we blame Brexit.

Take Ed Sheeran, who will be headlining the iconic Pyramid Stage at Glastonbury on Sunday. Unlike some riders which have become infamous for their decadence, Ed has keep his requests very small - so much so it amounts to a measly £57.

Katy Perry, who will be playing on Saturday, reportedly asked for freeze-dried strawberries, pitta bread and salsa, with a bottle of Pinot Grigio and one bottle of Sprite. How very...normal.

Considering Mariah Carey once asked for 20 white kittens and 100 doves, I think it's fair to say that Ed and Katy are keeping things low-key at this year's Glastonbury. Good luck, guys!