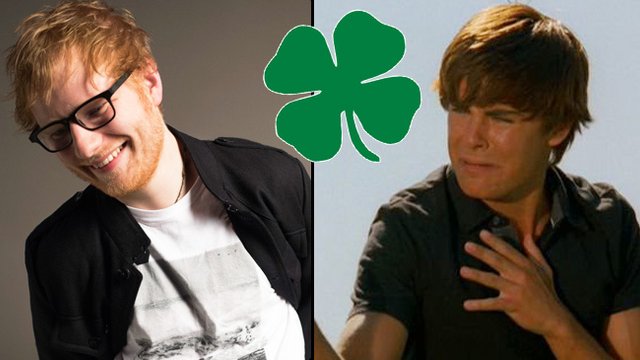 From Tyler Joseph to Betty from "Riverdale" and even Uncle Phil - everybody is loving Ed's latest Irish banger!

The St Patrick's Day anthem we didn't know we needed!

But we aren't alone in our Galway love as the song has shot up the charts around the world, even hitting the Number 1 spot in Ireland.

And it turns out, there are more than a few famous fans who just can't help getting down to the Celtic beats of Mr Sheeran.

That's one way to keep warm.

2) Rose and Jack found love in the lyrics.

The third class deck always has the best parties.

3) Troy uses the track to get all of his feelings out.

Dancing is the best activity to help you decide between basketball and singing.

4) Evan, Sarah and Jessica can't help but get down.

So good it's scary.

That's gonna be all of us on St Paddy's this year.

6) Groot is, frankly, crushing it.

Not sure Drax is into it tho.

7) Even Goths are feeling a bit of Ed.

8) It's even the perfect gym song!

Moves are a little extra but still.

9) Emo Spiderman can't help but get on down.

It's hard to look evil when there's a reel playing in the background.

11) Oscar can groove to anything tbf.

That hand clap tho.

12) And Beyoncé is just always on beat.

13) Even Uncle Phil is getting in on the action.

Carlton would probably love this too.

Jughead won't know what's hit him when he sees this.

Sorry, Will - we'll try and keep it down.

Congratulations Ed - you are officially a meme.