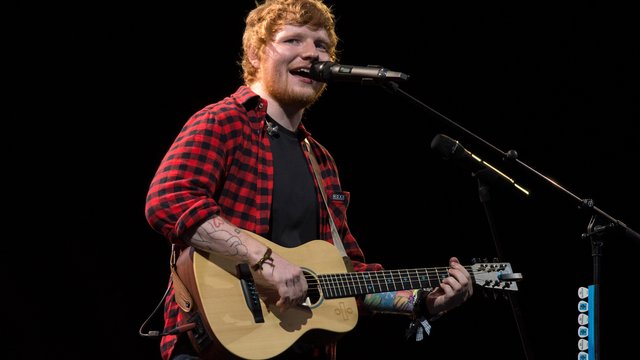 The singer's promoter was part of a protest outside the offices of Viagogo earlier this week.

Ed Sheeran is officially going to war with ticket touting websites after the internet was flooded with secondary sales of passes for his upcoming stadium tour at highly inflated prices.

The singer's promoter and two MPs were turned away earlier this week from the London offices of resale site Viagogo as they attempted to deliver a letter to the head of the company. They were joined by a group of customers protesting the site's policy of adding large fees onto the initial cost of a ticket.

Sky News reports that Kerry West from Kent tried to buy four tickets to see Ed Sheeran at Wembley stadium next year and was given a price of £352 that quickly skyrocketed:

"The website is set up to be really, really panicky (with) lots of pop-ups coming up on the screen (saying) you've only got so many minutes left. I put all my details in, put my card details in but there was no review screen. I pressed enter and the transaction completed and it came up with a total of £1,889. I literally burst into tears, I felt sick. Turned to my husband and said: 'I've been had'."

Hundreds of other customers made similar complaints with many still awaiting refunds.

Furthermore, Sheeran's promoter has cancelled over 10,000 tickets that were spotted on resale sites and are advising fans to avoid purchasing from anywhere other than official sources.

The singer has also partnered with Twickets, the fan-to-fan ticket exchange site, to allow people to sell on tickets should they not be able to make it but for face value only.