Who Is Ed Sheeran Singing About On "Galway Girl"? 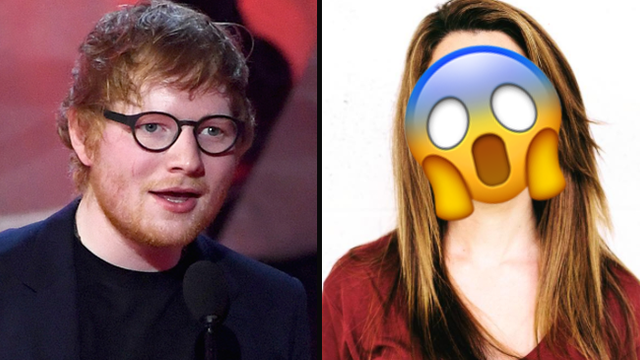 We've already had a discussion about a few tracks on the album and we've come to the conclusion that 'Galway Girl' is in fact the best song Ed has ever written. Sorry if you're a 'Thinking Out Loud' truther but this is 2017 and these are the simple facts.

But after our 17th listen, and many failed attempts at trying to pass our own identity quiz, we couldn't help but wonder... who EXACTLY is the mysterious 'Galway Girl'?

Ed had left some clues in the song about her identity; she plays fiddle in an Irish band, her brother played the guitar, she's really good at darts and pool, she can sing, she eats Doritos (didn't mention the flavour though) and boy, she LOVES a drink.

Just as we were about to whip out our sleuth magnifying glass and take a deep dive into the case files, the Irish media came through in clutch with all the information we needed.

According to RTE Entertainment, Sheeran's 'Galway Girl' is Niamh Dunne, who is - WOULD YOU BELIEVE - a girl in an Irish band who plays the fiddle. The band in question is Beoga and it turns out that she actually helped co-write the track with Ed. They reckon that she was the girl who inspired the now iconic song.

Here's the problem though - Niamh just married fellow bandmate Seán Óg Graham so no, ya girl sadly didn't fall in love with an Englishman. PLOT TWIST. She even took time out of her honeymoon to quash the rumours about the song being about her.

"I'm so happy with 'Galway Girl', Ed Sheeran knows how to write a great pop song and it's so catchy," she told RTE. "As for being the inspiration I dunno if you could go that far really, Christ almighty and I, a Limerick woman. My sister said she knew straight away it couldn't be about me when later in the song she beats him at darts and pool." LOL.

Looks like Ed took full advantage of his creative license on this one. Still a banger tho.