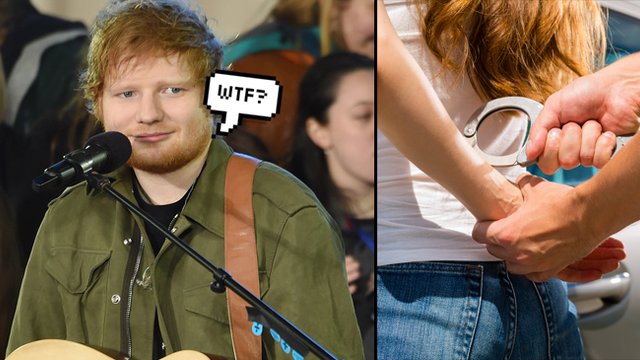 One fan has been locked away for her endless dedication to Ed's new album.

Ever been so into a song that you play it over and over again from start to finish? Well, next time, make sure you are wearing headphones or you could end up in jail.

ITV reports that one Ed Sheeran fan in the UK has been locked up for eight weeks after she constantly blasted out his recent summer bop 'Shape Of You'.

Sonia Bryce from Willenhall reportedly played the track on a loop for half an hour, or around 8 times in a row if our timings are correct. Doesn't sound like much but after the third play of those electronic bleeps at ear-splitting volume we'd probably call the police too.

This solo music party was in violation of a previous court order obtained by her landlords preventing her from causing a 'nuisance' to neighbours. She will now spend 8 weeks in jail following an earlier brief stint back in December.

Upon receiving her sentence, the Judge commented "You must learn that you should behave as a reasonable and responsible adult and not make life for your neighbours the misery that you have". Fair enough.

Although, tbh, if she was more into 'Galway Girl' this whole situation could have ended very differently.