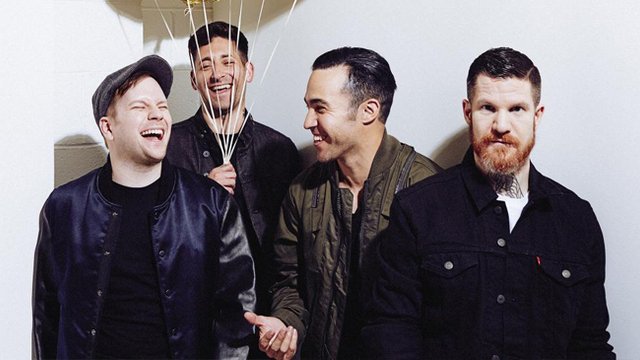 It is still VERY early days, but here is all the info we can gather so far about new music from Pete, Patrick, Joe and Andy.

Everyone's favourite Chicago-based four-piece Fall Out Boy may have only just released their excellent seventh album MANIA back in January, but we know how fast these boys work and rumours are already building about a possible follow-up record.

The band have been known to drop smaller side project records in between full studio albums (Pax AM Days, Make America Psycho Again) and there is every chance this could happen again this time around.

So, let's round up all the info we have so far on the eighth effort from Fall Out Boy.

We will update this post throughout the year as more info becomes available.

1) What is the title of Fall Out Boy's eighth album?

Obviously, we have no idea...

But, given their past form, perhaps some kind of twist on the word MANIA could be appropriate? Possibly involving those now infamous llamas?

Again, this is anybody's guess as their last few records have been so varied, hitting every musical style from doo wop to hip hop. Perhaps they will take this opportunity to go back to their punk roots or cast off even further into the pop stratosphere? Time will tell.

3) What is the release date of Fall Out Boy's eighth album?

Here is where we can shed a little more light as, given that they have just been announced as headliners at Reading And Leeds Fests in August AND will be playing their biggest ever show in Chicago this summer, we could see them using the opportunity to drop at least a new single, if not an EP or surprise album. Watch this space...