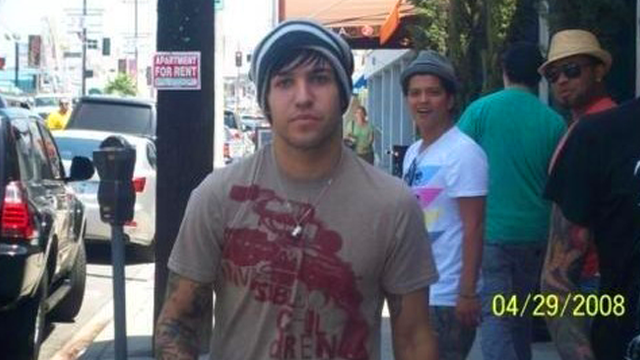 An important milestone in pop and American culture.

Hello everyone, we have gathered you all here today to celebrate one of the most important anniversaries in pop culture, American culture and world history. Forget the 40th Anniversary of Star Wars, and no one cares that it's been 20 years since Harry Potter was published either. We are of course talking about the 9th anniversary of when Bruno Mars saw Pete Wentz on the street. Find someone who looks at you the way Bruno Mars looks at Pete Wentz.

find somebody who looks at you the way bruno mars looked at pete wentz in 2008 pic.twitter.com/ZUj0JUrxmt

Back in 2008, Pete was at the height of his fame with Fall Out Boy and Bruno had yet to release his first album. Now look at 'im.

If you're having a hard day, here is a pre-fame Bruno Mars being surprised by Pete Wentz pic.twitter.com/ot7eU9wpMk

Last year, on the 8th anniversary of the iconic picture, NY Mag contacted Pete for comment and he FINALLY addressed the picture:

"What an odd picture. I think specifically because it’s dated but also how it almost seems posed due to everyone’s faces and demeanor. I’m a big Bruno fan and have been since he sang “Billionaire” with Travie [McCoy] … he’s such a monster in the best possible way."

But there's been no official statement from Bruno about the events of that fateful day.

.@BrunoMars why were you so surprised to see Pete Wentz on April 29th 2008?

But the meme-ories remain and the picture will go down in history as Tumblr's greatest snaps.

I probably can't remember your birthday, but I can remember the date that photo of Bruno Mars being shocked to see Pete Wentz was taken

Bruno mars is me if ever i see pete wentz https://t.co/8jo3j3SOrU

What will happen in 2018 on the 10 year anniversary? A recreation? A reunion tour? An album re-release? Happy Anniversary, you two!