Here's How YOU Could Get On Stage With Fall Out Boy 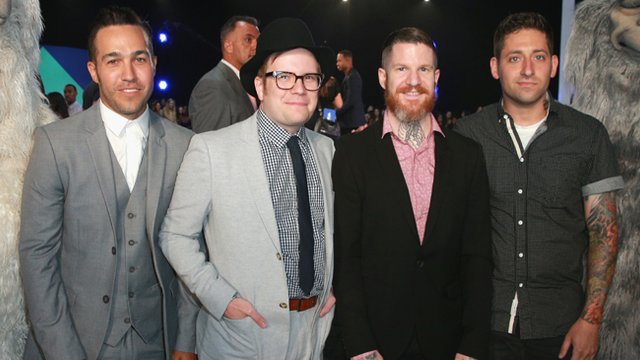 The band have just launched a new charity initiative that could end up with you or a friend saying hi on their US tour.

You may remember that a few weeks back, Fall Out Boy shared an image of a list of tasks they were slowly working their way through:

Well, now they can mark off 'give back to Chicago' as the band have announced details of the Fall Out Boy Fund, a charitable organisation that is kicking things off with a donation to Back To The Roots which will provide 20,000 elementary school kids in the Chicago area with an organic gardening kit and food education classes.

But that is just the beginning of their plans as Pete, Patrick, Andy and Joe have also unveiled the Champion Of The MANIA Tour initiative - and pretty soon you could be on stage with the band themselves!

A way for us to honor local champions. Kind, generous, brave people who are helping change the world for the better https://t.co/lVRODRJVM0

Here's how it works according to the band's website:

"Starting today, you'll be able to nominate yourself, a family member, a loved one or a friend from your local community to be chosen as the #FOBChampion of your show. We’re looking for people who are helping change the world for the better. There will be one winner for each show on the tour. Each winner will receive a pair of tickets to their local show, and will be brought up on stage and honored during the set (you’ll even get a shoutout on our instagram). BUT the best part is, we’ll be making a donation in the winner’s name to the charity of their choice via the Fall Out Boy Fund."

So, do you think you or someone you know are worthy of the title of local champion? Then post a video or photo on Instagram with the hashtag #FOBChampion stating why you or your nominee should be the champion of your city and which local charity you/they would support and why. Then head here to send the link via the entry form.

Good luck everybody! Hopefully we'll see you on stage with FOB later this year.