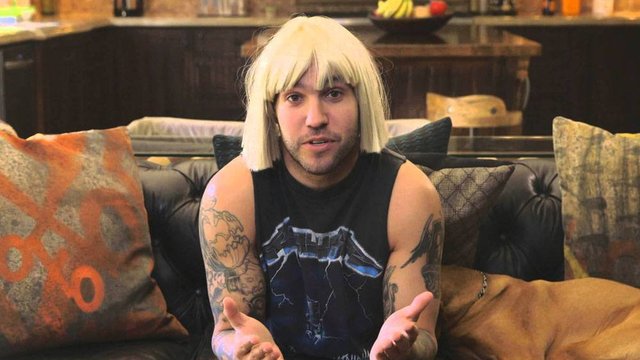 The first collaborator on 'MANIA' has been revealed and it's a big one...

Seriously, we've been playing this on a loop for days now and we regret nothing.

But we just noticed an extra interesting little detail in the song's credits as it turns out a friend of the band (and incredible pop songwriter) was involved with the song's composition.

Yep, Sia herself is listed as a writer on 'Champion'. This record just got even more awesome.

Pete has also just given fans their first hint at the music video for the song which is currently filming, posting a pic on his Twitter:

Given that Sia is involved, maybe Patrick will be playing the role of a dancing girl in a blonde wig elsewhere in shot. We can dream.

Little is known about the full tracklisting of MANIA or if there will be any more collabs involved, although rumours still abound that Panic!'s Brendon Urie may be making an appearance.

Here's what Brendon said when we asked him about it in our recent chat: