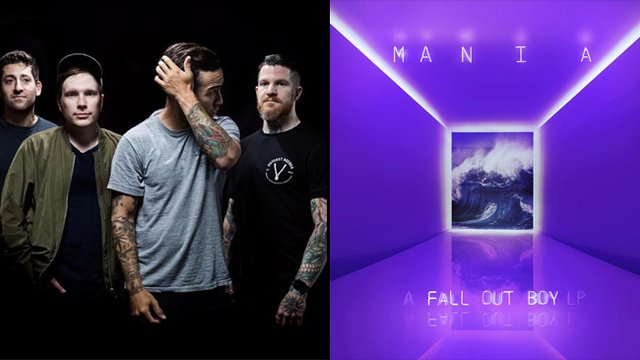 Turns out this isn't the first time the boys have pushed things back...

Pop punk hearts the world over were crushed recently as Fall Out Boy announced that their highly anticipated seventh album MANIA will not be released until 2018, several months past its previously announced September drop date.

Patrick Stump announced the move in an Instagram and Twitter, stating that "it will require a little more time".

But, while we were obviously sad to have to wait a little longer for some new tunes from the FOB boys, one clever fan has discovered at least one silver lining to the whole situation.

Turns out, this is not the first time the boys have pushed back an album release date, having taken a similarly drastic move before the release of their classic record From Under The Cork Tree. And the results, basically, speak for themselves:

don't worry lads, maybe the delay with mania will bring us the next sugar pic.twitter.com/8u3Yf4jLRA

Imagine if they'd stuck to the original plan! We'd have never had their biggest ever single!

So, by that logic, a quick session before the new release date should refresh the band and, possibly, give them another eureka moment on a par with their last one. Fingers crossed for some 2005-shaped emo bangers lads!

Fall Out Boy's MANIA is due out on January 19th 2018. The band are set to embark on a US arena tour this autumn.