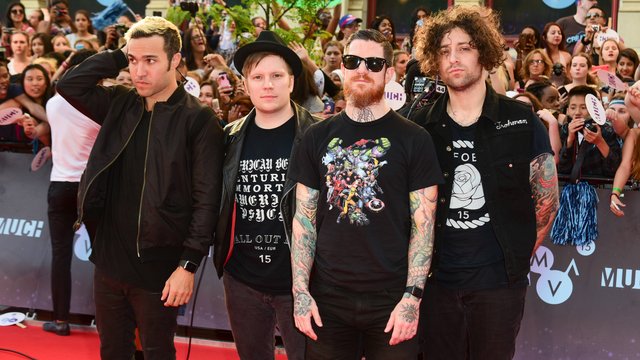 Fans may have spotted Pete, Patrick, Joe and Andy working on a new project for later this year.

Brace yourself FOB fans - your boys may be back with new music sooner than you think!

Several fans have posted information online claiming that Fall Out Boy were spotted on Venice Beach this past weekend (April 8th) filming a new music video.

.@falloutboy I mean, it's for real but if you need additional evidence~

As the messages state, a group of fans were approached to appear in the 'new Fall Out Boy video' by a film crew, with the beach-side location appearing to match up with where Pete Wentz was posting from on Snapchat.

So, we've got these messages and screenshots - but is there any other evidence to back up this music video claim?

But the people over at Don't Bore Us certainly seem convinced it's real, having checked with a few sources to clarify its legitimacy. Plus, a surprise return would hardly be out of the ordinary for Fall Out Boy, their concert-intro film Bloom having been shot in secret prior to their summer festival tour in 2016. The Chicago band's last album American Beauty/American Psycho was released in early 2015 so a new record later this year would not be out of the question.

Either way, the fans are already seriously hyped for the return of their heroes:

Rumours of new Fall Out Boy music / a video being filmed are swirling around and OH LORD PLEASE I DON'T KNOW HOW ELSE TO GET THROUGH 2017 pic.twitter.com/g8NEOcDX8k

Basically we are hopeful, but don't get too excited until Pete starts sending out cryptic arty images. That's when you know something is brewing...

Are you excited for the return of FOB? Let us know.