Are Fall Out Boy About To Drop A New Song? 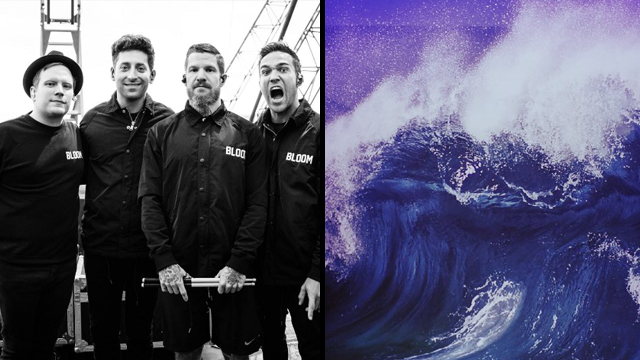 Fall Out Boy caused a pop punk panic across Chicago and the internet and all for a good damn reason: they only went and dropped a mysterious teaser featuring their name and a date in neon (paging Matty Healy), captured by some faithful FOB fans for the rest of us to see.

Naturally the Fall Out Boy fans lost their sweet minds. After being kept waiting to build some serious suspense first that is.

when fall out boy does something and i'm suddenly active on twitter pic.twitter.com/erKYvETf02

me after read the news about fall out boy FOB IS BACK pic.twitter.com/KigbqACLlu

the fob announcement debacle is my fault and i'm not sorry one bit.

Ok but WHAT DOES THIS MEAN?! Luckily Pete Went sailed in like a pop punk knight on shining horse to shed a little light and simultaneously shout out Patrick’s birthday.

I think we can move this whole operation up a day

and yes this is a little present on @PatrickStump bday

Is it an album? Judging by this eagle eyed fan’s spot on an old Pete Wentz instagram post, we’d take an educated guess that it looks hella promising.

We don't mean to alarm anyone, but consider us shook when after a long time of radio silence the Fall Out Boy twitter account reappeared in our feed to drop this ABSOLUTE BOMBSHELL: a short film alongside a list of Chicago theatres and a time.
What does this mean and more importantly : IS A NEW SONG COMING?!

It wasn't too long ago the band had rumours flying when the internet was convinced they had been filming a music video on a beach. So could these rumours prove to be true? Watch this space...