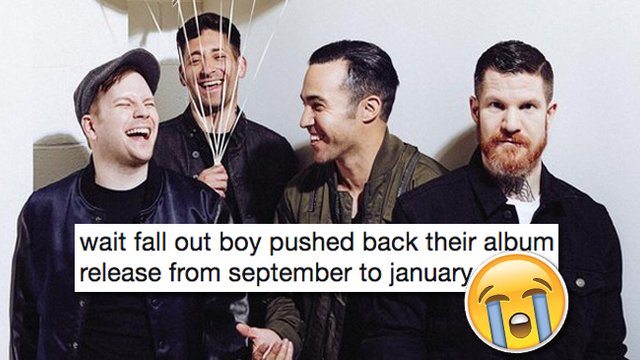 Patrick Stump broke the news on Twitter last night (August 3rd), explaining why FOB fans will be waiting a little bit longer to get their hands on 'MANIA'.

Lead singer Patrick Stump posted a very honest and heartfelt statement on his Twitter page explaining why the band had decided to push back the planned September release of the record.

There had been rumours earlier this week that a date change may be imminent when certain fans received emails stating that their pre-ordered merch bundles would not arrive until January. The band's previously announced US and Australian tour dates, which kick off this October, will go ahead as planned. 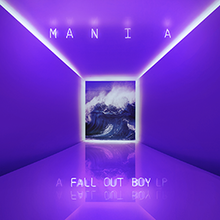 So, yeah, as a FOB fan, this is obviously pretty dissappointing as we loved the singles (particularly 'Champion') and were looking forward to getting a full album in a couple of weeks time. But, we can understand that they want to make sure they put out a high quality record without compromise or rushing so we are certain that MANIA will be worth the wait in the end.

Fans on social media generally felt the same way...once they'd got over the initial shock of course.

Here's a handful of our favourite reactions we've seen online so far:

You disrespecting young and menace? Calling fall out boy sellouts when they pushed the album back for the fans?? In front of MY salad??? pic.twitter.com/zV1bICFjz9

Fall Out Boy is releasing their album next January instead of next month.... pic.twitter.com/EHQedmFw6M

They say Fall Out Boy is delaying their new album, Michael. pic.twitter.com/925dDXxKXx

wait fall out boy pushed back their album release from september to january pic.twitter.com/ppypUjU566

YALL DONT GET SALTY AT THE FACT THAT THEY WANT TO HAVE A GOOD ALBUM FOR US. THEY COULD SCREAM THE WHOLE ALBUM AND WE SHOULD APPRECIATE IT!