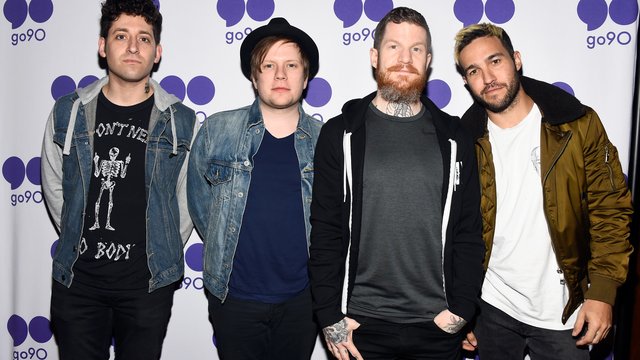 Our list to Santa just got a little bit longer...

Christmas just came early for Fall Out Boy fans as the band announced the reissue of two classic FOB albums on vinyl.

From December 16th, fans will be able to purchase copies of "From Under The Cork Tree" and "Infinity On High" in double LP sets.

The albums were originally released in 2005 and 2007 respectively and shot the band to fame with huge singles "Sugar We're Going Down", "Dance, Dance", "Thnx Fr Th Mmrs" and "This Ain't A Scene (It's An Arms Race)".

Fall Out Boy recently released their new live DVD, "The Boys Of Zummer Tour", so basically your entire list to Santa is going to be comprised of FOB merch.

And that is no bad thing.

You can pre-order the vinyl reissues right here.