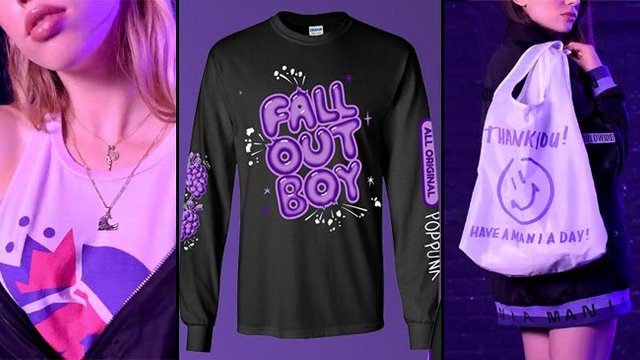 From socks to hoodies, the FOB boys have a 'MANIA' item to suit your every need.

Fall Out Boy are taking their purple era to a whole new level with the announcement that they are launching a brand new fashion line all themed around their fave colour.

The band revealed an early look at the merch in a recent tweet with the full line set to drop on October 20th.

By the looks of the band's post, the set will include hoodies, caps, jackets, bags and, perhaps most excitingly, purple FOB socks (we'll take eight pairs of those thanks!).

Fall Out Boy's seventh album MANIA will be released on January 19th. The boys are about to embark on a full arena tour of the US before hitting Australia and New Zealand alongside a handful of intimate European dates.

Check out more images of the merch below and preorder selected items here.