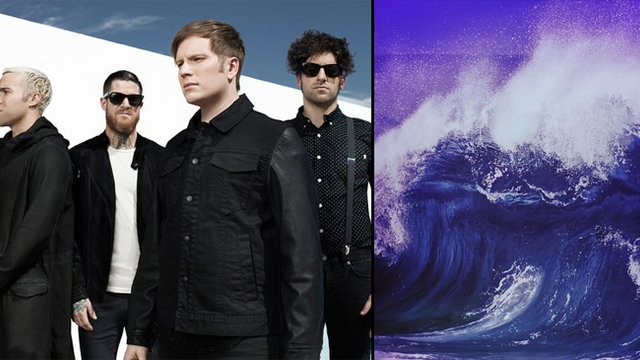 After endless (well, ok, a week) of teasing fans, Fall Out Boy have finally unveiled their new album Mania and their new single 'Young and Menace'. Listen below:

The band first hinted at some kind of new happening on April 22nd, sending fans in the Chicago area flocking to their local movie theatres to view a short film, seeming titled 'Mania', that hinted at something coming on the 28th, that date later changed to 5pm EST today.

Then they announced the album on their Twitter feed this afternoon (5pm GMT) with this picture.

Welcome to M A N I A - a Fall Out Boy LP pic.twitter.com/IGrNESldQv

And if that wasn't enough, they've also revealed new tour dates too! We've truly been #blessed

. M A N I A arrives in full Sept. 15th + expect many surprises before then. The M A N I A Tour begins on Oct. 20th pic.twitter.com/9hPLksaqcl