Wait...Is Pete Wentz About To Star In An Action Movie? 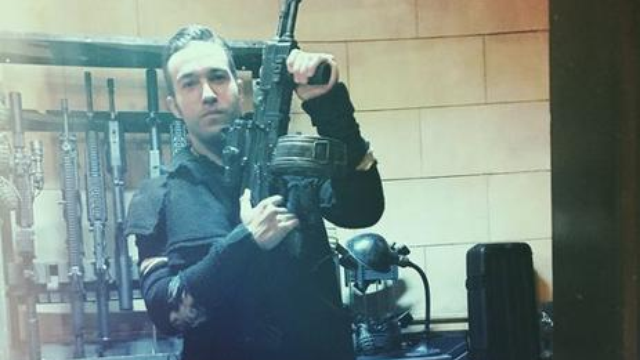 The film also stars Dave Bautista of 'Guardians Of The Galaxy' fame and is due out next year.

Fall Out Boy's Pete Wentz is set to add yet another job title to his ever-growing CV, becoming an action movie star in the upcoming Escape Plan 2.

Some eagle-eyed fans spotted that filmmaker Steven C Miller uploaded shots of Pete on set just a few months back, alongside the rest of the cast:

Not much else is currently known about the project although, according to IMDB, it is scheduled for a 2018 release and will also feature Sylvester Stallone returning in the lead role of Ray Bresiln as well as Guardians Of The Galaxy's Dave Bautista.

Fall Out Boy meanwhile are hard at work on their upcoming MANIA album due for release this September. The band will then tour across North American throughout the Autumn.

Bloody hell Pete, you certainly know how to keep busy don't you?

We'll bring you all this movie news as we get it but, for now, here is the trailer for the original Escape Plan to give you an idea of what to expect: