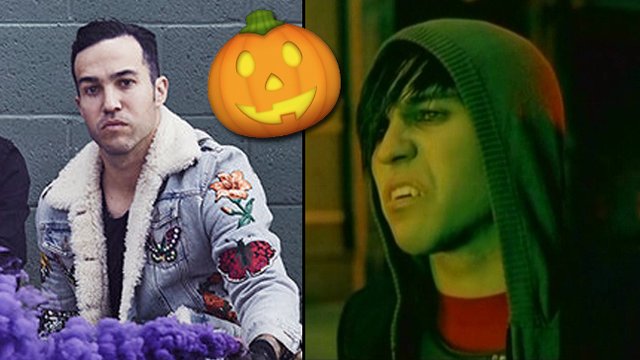 Fall Out Boy bassist and noted Halloween fan Pete Wentz has revealed his ultimate dream for October 31st - starting up his own haunted house.

Pete was chatting to Cleveland.com ahead of the opening date of the band's MANIA tour in the city this Friday (October 20th) when he was quizzed on what spooky plans he has for this year:

Count us in Pete! Where do we sign up?

So, presumably, any suggestions on a house theme should be sent through to DCD2 straight away - personally, we reckon an exact recreation of the 'Sixteen Candles' video. Get those vampire vibes!

Pete also revealed that the band have finished recording the new album and that, sound wise, it is closest to their most recent single 'The Last Of The Real Ones':

"We're done recording, officially! Which is pretty awesome. We're just in the mixing stages now. Now, we're just mixing and mastering the songs, which is really exciting. This didn't seem like a place we could get to six months ago. It's really cool to be here. We finished recording, maybe last week."