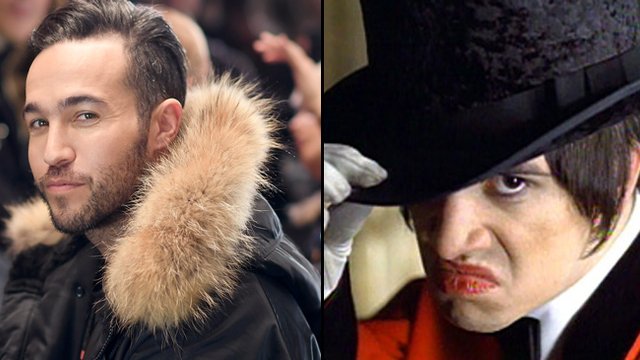 A collab between Brendon Urie and Fall Out Boy has long been rumoured for the latter's upcoming new album 'MANIA'.

Fall Out Boy's Pete Wentz has finally spoken out about those rumours that Brendon Urie will be making an appearance on the band's new album MANIA which drops in September.

Fans first got excited when Brendon appeared in a short promo video for single 'Young & Menace' dressed as a purple llama eating cereal (as you do).

We then questioned the Panic! At The Disco frontman on the subject in a recent interview and he didn't exactly deny it. (Jump to 5m50s for all the info).

Well, now Pete has had his say in an interview with Sirius XM Radio who asked him whether or not the collab was on:

Hmm, so not a yes but certainly not an absolute no either. "I don't think so" - surely if you hadn't been anywhere near a studio with him it would just be a straight up no?

Plus, we all know how slippery Pete can be in terms of info. Just a few months back he was telling us all not to expect any new material for ages and now, here we are on the cusp of a new era.

Basically, we ain't convinced this is over yet. So watch this space.