Fall Out Boy's 'Young & Menace' Has Split The Fandom, But What Do You Think? 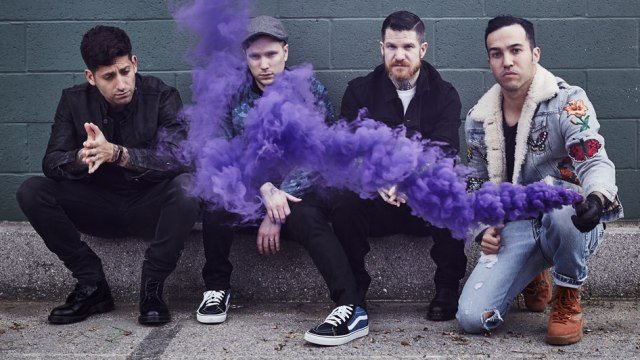 FOB return with a brand new sound that is sparking some serious online debate.

Fall Out Boy returned yesterday in big style with the announcement of new album Mania dropping in September, a huge US arena tour and a single entitled 'Young & Menace'.

And as the fans digested the arrival of new FOB, reactions have been, to be kind, pretty mixed.

Some people loved it.

I'm so in love with @falloutboy new song. Ive had it on repeat all day omg

As far as new Fall Out Boy goes, appreciate art when it's given to you, dummies.

New @falloutboy is so tight these dudes are not afraid of change and I love it.

But there is a pretty big contingent of people turned off by the group's move into electronic territory.

You know I'm usually all for bands changing their sounds but Fall Out Boy's older stuff is ALOT better. The new stuff is not for me.

What the fuck indeed.

Basically nobody is sitting on the fence about this one. And, given just how different it is from any of their previous material, you can certainly understand why it has provoked such strong reactions. FOB have been developing and changing their sound a great deal over their last three albums but this is the biggest left turn we have seen from them in years. Regardless of whether or not you like it, it is pretty difficult to argue that it sounds like Fall Out Boy. Will the album continue down this route? Or will it be a mix of old and new song styles? We'll find out in September.

What do you guys think of 'Young & Menace'? Let us know.