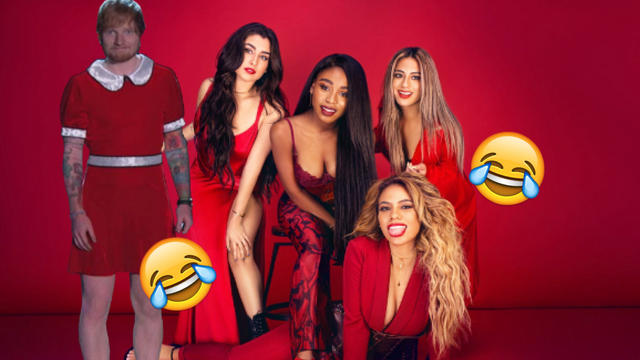 It's hard when a member of a popular music group goes solo. Just ask One Direction, who had to talk about Zayn's departure SO much that I'm sure that's why they "took a break". That being said, it's nice to see that Fifth Harmony are taking everything in stride.

Of course, it wouldn't be popular culture if Ellen didn't make a crack about the situation so here, in all their glory, are the newly reconstituted Fifth Harmony.

Fourth Harmony responded with a very on brand response to Ellen's photoshop job.

You and your tracksuit are late for rehearsals... where you at, girl? https://t.co/WHIjyylvTC

And then Camila posted the twitter equivalent of one of her infamous vocal runs. 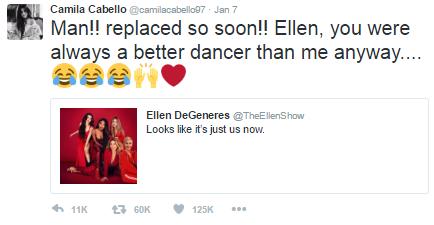 But, while Ellen was being Ellen (and Camila was being Camila), Twitter was definitely busy being Twitter. #BeThe5thChallenge was born and we haven't been the same since.

I would pay good money to see the Incredible Harmonies.

Olympic gymnast Simone Biles? It's a yes from me.

Looks like @ladygaga found her Super Bowl special guests in @FifthHarmony!! This is gonna be the best half time EVER!!! #BeThe5thChallenge pic.twitter.com/LGUIhKduE7

Ed's comeback hussle has really taken me by surprise.

Hi, yes. Is this the White House? Get me Michelle. I've got a job I think she's going to love.

It seems like Michelle Obama wants to be the fifth harmony's bo$$ #bethe5th #bethe5thchallenge pic.twitter.com/LhvRo2aE5w

If It's Jamie Lynn Spears, they have to release an album of just the Zoey 101 theme song.

Saw @TheEllenShow do this and thought I’d jump on the bandwagon since Maddie and I always jam to @FifthHarmony! #BeThe5thChallenge pic.twitter.com/w6unhqY07H