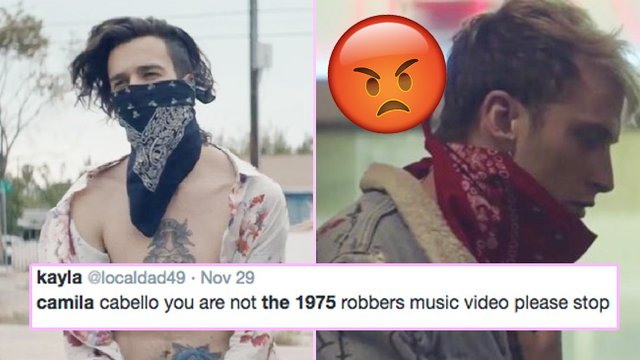 The clip for Machine Gun Kelly and Camila's duet looks pretty familiar to a lot of fans...

The video for Machine Gun Kelly and Camila Cabello's duet 'Bad Things' dropped yesterday (December 1st) and a lot of The 1975 fans are not happy about it...

Check out the clip below:

Because it is pretty damn similar to the clip for 'Robbers'.

Basically, both videos focus on a pair of lovers getting in trouble with the law with lots of running around, punching strangers, soft lighting sexiness and patterned shirts.

Oh, and people wearing handkerchiefs over their faces. 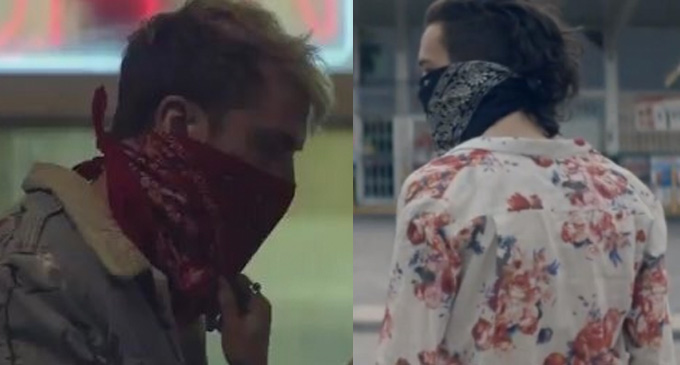 Seriously though, aesthetically and thematically, the 'Bad Things' video is definitely treading very similar territory and, in a year where pretty much everybody is attempting to copy Matty and the boys, their fans are, perhaps understandably, a bit p*ssed off...

when camila rips off the 1975 pic.twitter.com/h7h3zbsnKO

But Camilla's fans have come rushing to her defence, pointing out that the inspo behind the video was the movie True Romance, another tale of lovers on the run.

the 1975 robbers music video is inspired by

they didn't invent the concept

i stan the 1975 more than camila solo but robbers is ispired by a film just a quick reminder. #BadThingsMusicVideo

So what do we think - is the 'Bad Things' video a copy of 'Robbers' or are any similarities just a coincidence?

Let us know now in the comments section!