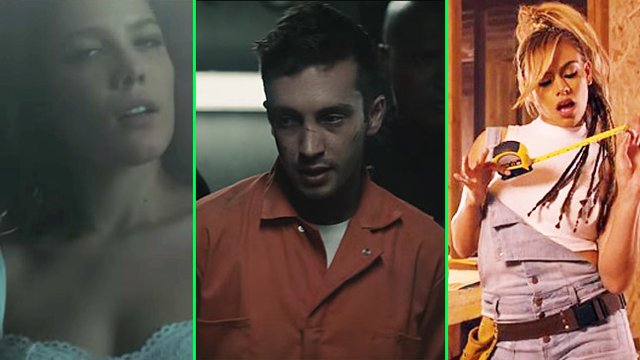 Who took the top spot in the battle of the 2016 promo clips?

The most watched music videos of 2016 have been revealed by YouTube with the number 1 clip gaining over 1 BILLION VIEWS!

Fifth Harmony took the top spot with the video for 'Work From Home' gaining a grand total of 1,184,701,874 views. 5H topped both the UK and Worldwide lists beating the likes of Sia, Rihanna and Calvin Harris.

Other notable videos include the lyric vid for The Chainsmokers' megahit 'Closer' which racked up 776,806,154 total views, taking the number 4 spot on the worldwide list.

The late David Bowie also saw a significant increase in views this year. On the day of his death, 11th January 2016, his catalogue saw the most views for any artist in a single day, with views of nearly 51m across his videos on Vevo.

Check out the full list of 2016's most viewed music videos below:

2. Calvin Harris - This Is What You Came For ft. Rihanna

9. Coldplay - Hymn For The Weekend

10. Twenty One Pilots: Heathens (from Suicide Squad: The Album)

5. Calvin Harris - This Is What You Came For ft. Rihanna

8. Coldplay - Hymn For The Weekend

9. Twenty One Pilots: Heathens (from Suicide Squad: The Album)