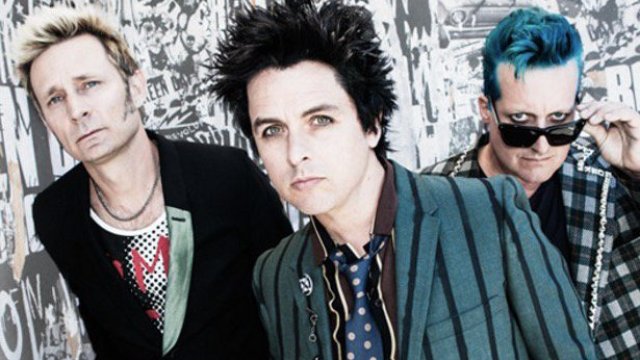 Billie Joe Armstrong posted an emotional message on the band's website after Pedro Aunión Monroy tragically fell to his death minutes before they were due on stage.

Green Day have issued a statement following their recent performance at the Mad Cool festival in Madrid, Spain which saw an acrobat fall to his death in a tragic on stage accident moments before the band were due to play.

Pedro Aunión Monroy died during the stunt on Friday (July 7th), falling around 30m (100 ft) as he performed between sets by Alt J and Green Day on the festival's main stage. On site paramedics attempted to revive him for half an hour but were unfortunately unable to do so. It is not yet clear what equipment issues caused the accident to occur.

Green Day, left completely unaware of the incident, then performed their headline set as planned. Lead singer Billie Joe Armstrong has since released a statement on their website explaining how "heartbroken" they were to hear the news afterwards:

"We were warming up ready to go at 11:25 pm. 15 minutes prior our tour management was told by local authorities to wait to go on stage because there was some sort of security issue. Security issues are a normal occurrence and procedure at any show.. we were NOT told why which is also normal. we waited as we were instructed. Still, We had no clue there was any such accident. We were given the ok. The band jumped into vans and drove to the main festival stage. This was to be the last show of our European tour and we were all so excited to play our hearts out one last time. We were on stage at around midnight and played around two and a half hours. Everything seemed normal. the crowd and fans had a good time. We got off stage and drove back to our artist compound. It was there when we were told the shocking news about Pedro. All of us were in disbelief. I don't know why the authorities chose not to tell us about the accident before our concert. All we know is what was said after our concert. This has never happened in the 30 years Green Day have been performing live. If we had known prior to our performance we most likely would not have played at all. We are not heartless people. The safety and well being at any of our concerts absolutely comes first. What happened to Pedro is unthinkable. Once again we are heartbroken for his friends and family. We are also shocked and heartbroken for anyone that had to witness this tragedy."

The festival themselves have also released a statement, defending the decision to continue "for security reasons" as well as sending condolences to Pedro's family.