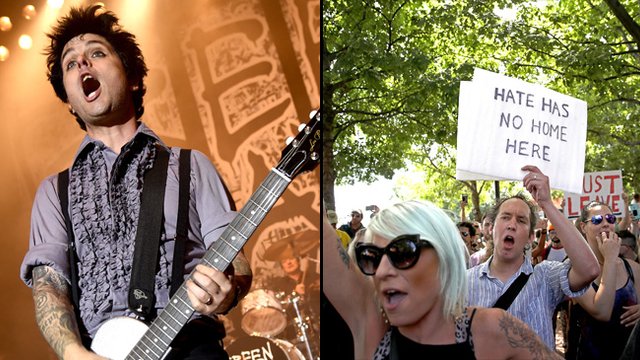 The frontman also took to the band's Facebook page to condemn all white supremacists and those who support them.

Green Day's Billie Joe Armstrong gave an impassioned speech on stage earlier this week in the wake of the horrific attacks in Charlottesville following a white supremacist rally in the area.

The band were performing in Omaha as part of their current Revolution Radio tour when Billie took to the mic to condemn those responsible for the violence and hatred seen at the event which ultimately led to the death of protestor Heather Heyer after a man deliberately drove his car into the crowd:

You can watch footage from the full speech below via acejett:

Billie also later took to social media to express his thoughts more fully and clearly, specificallly calling out the Nazis who marched and encouraging fans to keep "sticking up for what you believe in": 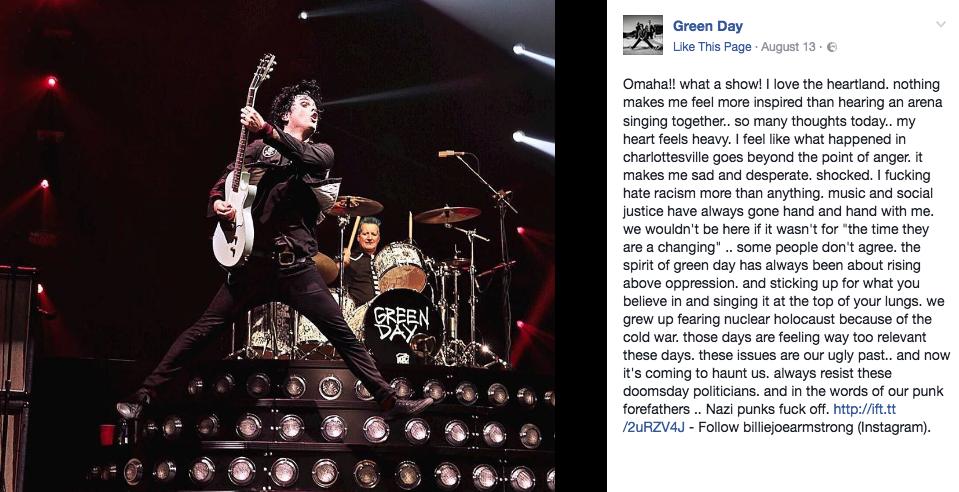 Green Day will continue to tour the US through the summer.