"Can you hear the sound of hysteria?"

If you're a Green Day fan you may have spotted Billie Joe's recent lengthy instagram post about the American Idiot musical.

dear Enfield high school board, #enfieldhighschoolmusical #highschoolidiot #enfieldidiot It has come to my attention that you cancelled your high school theater production of American Idiot. I realize the content of the Broadway production of AI is not quite "suitable" for a younger audience. However there is a high school rendition of the production and I believe that's the one Enfield was planning to perform which is suitable for most people. it would be a shame if these high schoolers were shut down over some of the content that may be challenging for some of the audience. but the bigger issue is censorship. this production tackles issues in a post 9/11 world and I believe the kids should be heard. and most of all be creative in telling a story about our history. I hope you reconsider and allow them to create an amazing night of theater! as they say on Broadway .. "the show must go on!" rage and love Billie Joe Armstrong ps. I love that your school is called "Raiders"

Details on this are somewhat scarce but, so far, here's what we know.

The high school drama department has always been the spiritual home of the misfits and the future artists looking to hang out with like minded students and have fun. So the kids at Enfield High School in Connecticut must have been delighted to find out that their end of year musical would be a production of Green Day's Broadway hit American Idiot, based on the seminal pop punk concept album of the same name.

Now, as we are dealing with a younger audience, the faculty director of the school's drama group, Nate Ferreira, had made requests of Musical Theater International, the license holders, to develop an edited script that removed any curse words or other unsuitable material without sacrificing the show's core message of youthful struggle post 9/11. Having licensed the High School version of the show, it is unclear whether MTI were receptive to further changes but, the fact remains, this was a version of the production more welcoming to an all-ages audience. But, sadly, Howard Sherman and BroadwayWorld now report that, due to a "very small number of extremely vocal people" (aka Parents), the production has now been abruptly cancelled, Mr Ferreira sending out an email to students and staff confirming that the play will no longer take place.

Besides the obvious disappointment of the students involved, this opens up the same debate we have seen time and time again around censorship and the arts. At least once a year, reports will emerge of Facebook petitions arguing the merits of staging student takes on highly sexualised musicals like Spring Awakening or Rent after groups of parents clubbed together and demanded a ban. And now, with American Idiot, they have attacked a musical that speaks directly to its youthful performers, discussing current issues relevant to them with a soundtrack they, chances are, really enjoy.

The Broadway production was a rare success for a rock musical because of its brave subject matter, its ambitious music (some tracks on that album are 9 minutes long remember?) and beautifully executed dance sequences. It was the first musical to tackle 9/11 head on and remains a landmark in youth culture, managing to forge its own legacy in theatre beyond that of its parent album.

So what now for Enfield High? Another tired showing of a twee, safe classic probably. How about Guys and Dolls, complete with its depictions of gambling and low-level crime? Or maybe Anything Goes, with its famous cocaine-referencing singalongs? Or Cabaret with its Nazi-bashing sex shows? Or Phantom Of The Opera so they can all learn how to effectively kidnap a woman when she doesn't want to have sex with you? Or Les Miserables, with its calls to pick up arms and overthrow the government? Or Fiddler On The Roof with its open endorsement of the joys of playing musical instruments while precariously perched at great heights? Just as long as there is no swearing - teenagers cannot handle swearing. Won't someone please think of the children?!

Whatever the outcome, our advice to the Enfield students would be to go online, find the American Idiot cast album and immerse yourself in the clever, intricate adaptation that it is. Play it loud enough and maybe those protesting parents might even hear it. And wouldn't that be something. 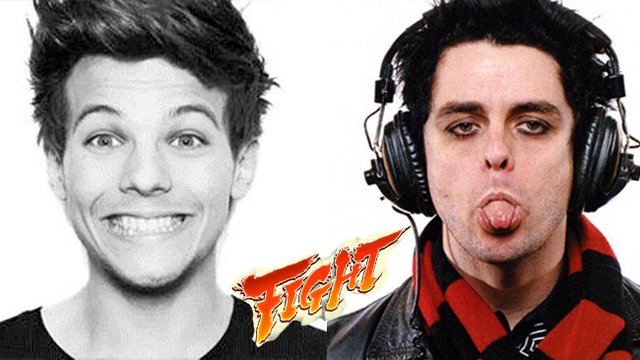