This Teen's Halsey Necklace Came With A Hilarious Spelling Mistake 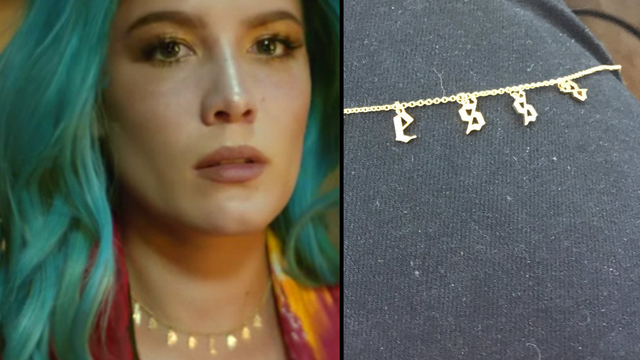 It was supposed to be a replica of her "Now or Never" video necklace but it was a bit...different.

If you're a Halsey fan who is loving Hopeless Fountain Kingdom, chances are that you'll be keeping an eye out for special album merch from the singer's team.

When a 15 year old named Skylar purchased a limited edition 'hopeless' necklace, she thought she would be receiving the iconic necklace that Halsey wore in her "Now or Never" video.

Except when Skylar's necklace arrived in the mail it had a liiiiiitle typo.

@halsey hi i ordered your hopeless choker and it says hoelesss i want to Die pic.twitter.com/d6vbDjfbbw

Okay, straight up. This says "hoelesss".

Skylar told Buzzfeed that she initially didn't realize her necklace was misspelled and that it was only after looking back at the necklace in pictures that she realised the error.

Skylar has been offered a new necklace by the store and says she won't be wearing her "hoelesss" one, but still wants to keep it.

However, lots of people think "hoelesss" is the way forward.

As far as typos go, this one is harmless and amusing. I think I need this merch shop to start selling actual "hoelesss" merch. Or, better yet. @ Halsey, if you're reading this, make "Hoeless" the follow up to HFK.